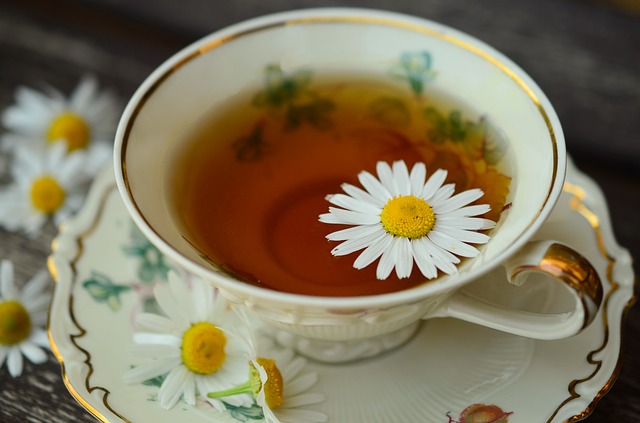 These four delicious teas are loaded with antioxidants and can help fight insomnia, digestive issues, stomach pain and more.

Gone are the days of quick-fix health gimmicks, like believing one magic pill will make you drop 10 pounds or that doing a juice cleanse will solve all your problems. It turns out that women are ditching quick fixes and are becoming more aware of the health choices they make.

The Attitudes Toward Healthy Eating 2017/ITC study found that 45% of Canadians are interested in trying the latest foods that claim to boost health, like chia seeds and kale. It seems that the most recent trend is figuring out how to improve one’s health—naturally.

One way to create a lasting, healthy habit is to consume herbal teas. Loaded with antioxidants, herbal teas are made from dried fruits, flowers, spices or herbs. They come in a wide range of flavours and can be consumed hot or cold, perfect to enjoy during all seasons and offering a tempting alternative to unhealthy, sugary beverages.

In addition to their delicious flavours, herbal teas have health-promoting properties. In fact, herbal teas have been used for centuries as natural remedies for a variety of ailments including insomnia, eliminating toxins in the body and relieving digestive issues. Here are four delicious herbal teas for you to enjoy—and to reap their benefits!

Rather than using the word tea, Europeans use the word tisane to describe herbal teas, which is slightly more precise because herbal tea is an infusion or blend of leaves, fruits, bark, roots, or flowers of almost any edible tea plant, which is then extracted in hot water. Tisanes are usually categorized by what part of the plant they come from.

Derived from daisy-like flowers of the Asteraceae plant family, chamomile tea is known as a mild, relaxing tea that can help soothe digestion issues and is popularly recognized as a sleep aid.

Chamomile tea contains apigenin, an antioxidant that binds to receptors in your brain that may reduce insomnia, according to a study in the Molecular Medicine Reports/ITC. In another study, postpartum women who drank chamomile tea for two weeks had better sleep quality compared to those who did not drink chamomile tea. They also reported fewer depression symptoms.

The antispasmodic properties in chamomile support digestion and can be used to treat digestive issues such as gas, diarrhea, irritable bowel syndrome (IBS) and stomach ulcers. The tea helps soothe the muscles in the stomach and intestines, which can also relieve symptoms associated with gastrointestinal issues like pain and anxiety.

Several studies have found a link between chamomile tea and reduced menstrual cramp pain. In a 2010 study in the Iranian Journal of Obstetrics, Gynecology and Infertility/ITC, researchers found that drinking chamomile tea for a month can reduce pain associated with menstrual cramps. The women in the study also reported less anxiety and distress associated with period pain.

For best results, choose 100% pure chamomile tea, or flowers with a strong, fresh aroma. If you’re making the tea yourself, use 1 tablespoon of dried flowers per cup of boiling water.

Ringing in the holiday season with a steaming cup of peppermint tea is a favourite for many. In addition to being a delicious, soothing drink, peppermint tea contains several health benefits. It has been consumed for medicinal purposes for centuries and is recommended as a natural treatment for ailments such as headaches, stomach pain, sinus problems and more.

For those who suffer from frequent headaches, try reaching for pure peppermint tea rather than aspirin or other painkillers. Studies show that peppermint tea is effective in alleviating headaches caused by stress and poor diet, as the stomach can have a powerful influence on the brain. These types of headaches typically restrict blood vessels in the brain resulting in pain, and although pain killers can stop the pain, peppermint tea can stop the pain in the same way—by opening the brain’s constricted vessels. Even the aroma of peppermint tea (or 100% peppermint essential oil) may help alleviate headaches.

This popular tea is also known as an effective decongestant due its menthol content, which is often found in cough drops, cold medicines and chest rubs. The menthol in peppermint calms inflamed mucous membranes in the throat and sinuses—and may even thin out the phlegm in your throat and chest. Additionally, breathing in the steam from peppermint tea may also help alleviate sinus problems.

Nothing beats the cold in the winter like a piping hot cup of ginger tea. With high levels of vitamin C and magnesium, ginger root packs a spicy and flavourful punch of healthy antioxidants.

Drinking a cup of ginger tea before travelling can help prevent nausea associated with motion sickness. It also helps to consume a cup at the first sign of nausea to relieve symptoms. Not only is ginger effective at relieving nausea caused by motion sickness, but it can also relieve nausea symptoms caused by cancer treatments and early pregnancy.

A 2012 study at the University of Rochester Medical Center found that ginger reduced nausea caused by chemotherapy in adult cancer patients. Another study in Thailand found that ginger was able to decrease feelings of nausea and vomiting in pregnant women. If you find ginger tea alone too strong or spicy, and you also want to maximize the effects of ginger tea for nausea, try adding peppermint to the tea, as peppermint relieves nausea as well.

Evidence suggests that ginger may help prevent stomach ulcers and can relieve indigestion or constipation. Since ginger contains anti-inflammatory properties, it can also relieve joint and muscle pain.

Research also suggests that ginger can reduce pain associated with menstruation. If you experience extreme pain, and drinking the tea alone isn’t enough, try soaking a towel in warm ginger tea and apply it to your lower abdomen. It may relax the muscles and relieve the pain.

They may be the annoying enemy of a savvy gardener but dandelions contains a host of benefits. They can be used to treat ailments such as an upset stomach, gas, joint pain, loss of appetite, and can increase urine production and bowel movements.

If you feel bloated often, dandelion tea can also provide relief because it acts as a diuretic. In one study in the Journal of Alternative and Complementary Medicine/ITC, researchers found that the subjects showed an increased urine output after two one-cup servings of dandelion tea.

In folk medicine, dandelion root has long been used as a liver tonic. Since dandelion root has natural diuretic effects, it allows the liver to eliminate toxins and relieves liver disease symptoms. A 2017 study suggests that the polysaccharides found in dandelion can indeed be beneficial to liver function.

Dandelion root tea can help strengthen the immune system, balance blood-sugar levels, and relieve heartburn. It also has high antioxidant properties, which can fight free radical damage linked to cancer and premature aging. And since dandelion reduces uric acid in the urine, it is also beneficial for fighting bacterial infections within the reproductive organs as well as the digestive tract.

More inspiration: Check out this cool article on the journey to enlightenment.

Author: Charmaine Millaire was the editor for Optimyz magazine and a regular contributor. She is a graduate of King’s School of Journalism in Canada. 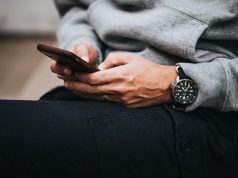 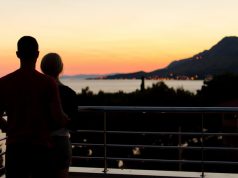 Sex and ageing: What you need to know 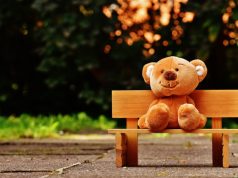 The global decline in babies being born

Human motivation is the most elusive quality of all

Human motivation is the most elusive quality of all