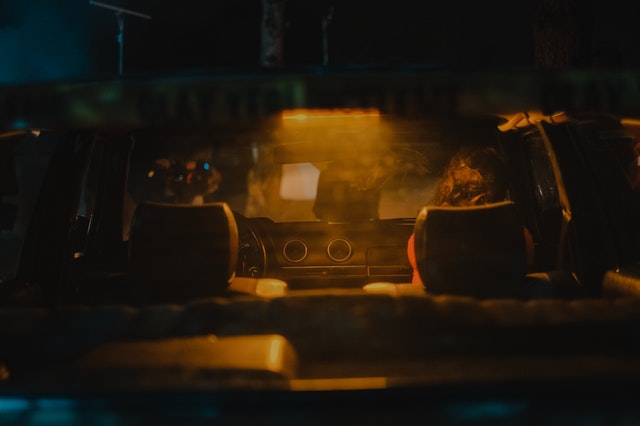 “We’ve got something,” I said to Spriggs.

I pulled back and filed in behind the vehicle. I grabbed the police radio, got a hold of the telecoms operator and requested a check on his Ontario licence plate. Within fifteen to twenty seconds, our telecommunications operator Eric Simms was on the other end.

He was asking if there were any unauthorized listeners.

Are you alone?” Simms asked.

“No, Spriggs is with me,” I responded.

Then telecoms operator Eric Simms advised me of a hit on the vehicle that we were following. He said the car was registered to a Marc Habib Eghbal and that there was an international fugitive arrest warrant out on Eghbal for kidnapping. He advised us to be on the lookout for a six-year-old child by the name of Sara Brin.

Then I hear Simms giving me the code:

It was evident to Spriggs and myself that Eghbal might harm the child or himself if apprehended.  Simms advised that he was sending back up and to wait for assistance.

I chase people for a living, so I responded that I wasn’t going to wait for backup. I didn’t want to lose this guy.  At the time, I had no concept that this case would take me halfway around the world. It has always intrigued me that fugitives run like animals. They run like rabbits, yet run only so far, and then stop because they can’t run anymore.

My heart started pounding. That was something I’d gotten used to in this job. Being a frontline worker means your heart takes a beating. There’s no way around it. I knew that this could potentially be a high-risk takedown. I was extremely worried that if Eghbal was cornered, he might do something to the little girl. I was thinking; God only knows what will happen when I pull him over. I decided to follow him for a few kilometres as we were coming up to a different highway with less traffic. In two kilometres, we would hit Highway 104, and he would have to go either west towards New Brunswick or east towards Cape Breton.

Eghbal took the eastbound ramp. I continued to follow him, and I waited until we were a few kilometres away from the turnabout before I told Spriggs that I would activate the police vehicle emergency lights first and see if Eghbal pulled over.

Then I said,  “Steve if he pulls over, I’m going to stay at the wheel. I want you to go up to his car door and ask him to step out of the car.  If he takes off, I’m not stopping to pick you up. I don’t want to lose that little girl.”  No matter, I was determined that I was not going to lose the child. At that stage of the game, I had kids at home, Alyssa, who was eight, my son Aidan who was six, the same age as Sara and my youngest daughter Abbie, four.

Eghbal pulled over, and Steve marched up to the car. I could see him ask Eghbal for his driver’s licence, and then I knew he was instructing him to step out of the vehicle. As soon as Eghbal opened his car door,  I jumped out of my squad car and ran up to help Spriggs arrest him. We cuffed his hands behind his back and searched him for weapons before we put him in the back of the squad car. The little girl, Sara, was now screaming and crying in the backseat of Eghbal’s car. I quickly ran up to her and tried to calm her down. I told her that I would bring her back to sit beside her dad. She was just wearing pants, a t-shirt, and socks with no shoes or overcoat.

I picked her up in my arms, grabbed a blanket from the back seat and wrapped her in it.  It was freezing —another -18 degrees kind of day. I kept telling her that I would take her back to the police car and she could sit with her dad. She stopped crying as soon as she sat beside her father. She was a beautiful little girl with big brown eyes and a mop of dark hair. Spriggs started reading Eghbal his rights. I motioned for him to stop. I figured we could do this when we got to the detachment. This child had just had a lot of trauma, and she had just settled down. I didn’t want to add any more stress to what was already an extremely stressful situation for this six-year-old little girl. My full attention was now totally focused on Sara. I wanted her to feel comfortable. I immediately started talking with Sara. I didn’t care about her father, Habib. His time with me would come soon enough.

When we arrived at the detachment, the office was buzzing. Good news travels fast. Every cop in the office was extremely happy about this arrest. They were smiling and patting me on the back, saying, “Great job.” But this was not the time for me to celebrate. Not yet. I had a lot of things I still needed to do.

I asked the Sergeant to call for a female child caseworker from Children’s Social Services to come to the office ASAP. I brought Habib and Sara to an interview room. I didn’t want to separate Sara from her dad right away.  I knew it could potentially cause her more stress and trauma. I sat with them, and I switched Habib’s handcuffs from behind his back to the front so that he would look more relaxed and comfortable. I did this for Sara’s sake, not his. I read him his rights and told him he had the right to seek a lawyer’s services and that he could exert his rights not to answer any questions. He decided not to answer any questions.

Then I started talking. I directed most of my conversation at Sara. I wanted her to continue to feel safe and comfortable with me. I kept asking her about school, her friends, whether she had favourite dolls or favourite animals. The Harry Potter movie had just come out, so I asked Sara if she had seen the movie. Her whole face lit up, and she gave me a big smile and said yes, she had seen it. I told her that I had seen it also with my boy and my two little girls. I dug out my kids’ pictures and showed them to her.  She studied the pictures and smiled at me. I told her, “I can’t believe how much you look like my little girl Alyssa.”

I showed her pictures of our cats, Beans and Minsky and told her stories about them.  I told her about our neighbours next door, Tom and Carmel Chisholm. I said that we kind of shared a driveway with them separated by a three-inch high cement barrier. I said Beans; our cat liked to hide behind the Chisholm’s bushes and then would lunge out and attack any dogs that dared to pass by, leash or not! I said he would jump on their rumps and scare the bejeezus out of them! This made Sara laugh. I kept on talking and told her Beans was also good at playing soccer. I said, my kids would be out in the backyard, and Beans would get in on the action kicking the ball with his little paws. I could feel Sara starting to relax a little. I explained that our other cat named Minsky had beautiful long silver hair but no personality. I said I guessed that Minsky thought herself so beautiful she didn’t have to earn her keep. I said we loved her anyway. Sara’s smile continued to get a little bigger, and I was feeling grateful I was able to break a little bit of the tension. Our relationship would continue to build throughout the evening.

All the while, I was waiting for the moment I’d be able to separate Sara from her father.  It was important that she felt calm and trusted me. The last thing I wanted was to pull Sara out of that room, kicking and screaming that she wanted to stay with her dad. I had lots of experience talking to kids her age. Mainly through my experience as a child sexual investigator for two years, and as I said, I also had children of my own. I was good with kids. I felt I instinctively knew how to talk to them.

Sara soon started to interact with me. Her father, Marc Habib Eghbal, just sat there silent, staring straight ahead as he listened to our chat. After about twenty minutes of Sara and I talking, she politely asked if she could go to the bathroom. Right away, I thought, here’s the opportunity I’ve been waiting for; I should now be able to safely separate her from her father without traumatizing her any further.

Discover More: You can read part one here.