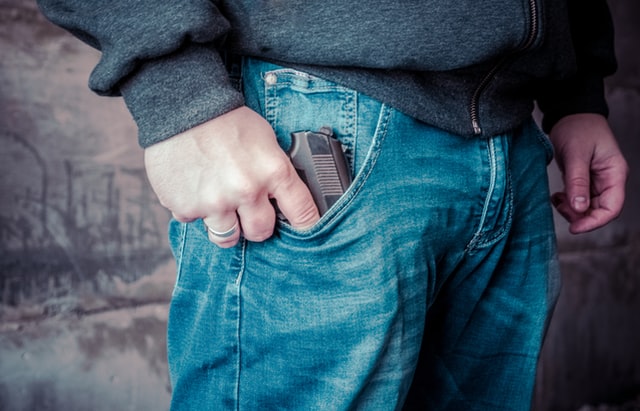 When I first sat down with my editor to write this memoir, the Darren Roode shootings were the first stories I needed to write. It was as if they were the cap on top of the well, and unless I exorcised them, I felt nothing else would come forward.  There are always a limited number of cases that mark one’s career as an RCMP officer. The Darren Roode shootings are part of those cases.

I was on afternoon patrol in Colchester County, Nova Scotia. Truro, where I’d first been stationed, is the shire town of Colchester County. We had an area of just over four hundred kilometres to patrol with a population of roughly thirty thousand. I had entered the small village of Bible Hill where my current detachment was situated. Bible Hill is a small community on the north side of the Salmon River. It had a population of just under eight thousand people, and as I drove through town, there was nothing much going on. It was early September, and the weather was still warm, warm enough to have the car window open. The scent of fresh-cut grass mingled with pine and wafted in on the early autumn breeze. Yet, there was also a hint of melancholy in the air as the leaves were starting to turn.

~ When someone is deeply disturbed, they are ultimately very dangerous because they are unpredictable. ~

I was in the middle of my shift and still had a few hours to go before I’d be able to head home for dinner with my wife. Being a Monday, I figured we’d be having something easy like tomato soup and grilled cheese sandwiches. As I was daydreaming, I a call came in from dispatch. I was needed at the Roode’s home. A twenty-three-year-old man was suffering from delusions, and his parents were frightened and requested assistance to help get their boy to the hospital. I turned on the emergency lights, headed towards their house, and sent out a request for backup.

I wasn’t sure what I would be walking into as I didn’t know this family. Right away, another officer came over the radio and said he’d meet me there. We pulled up almost simultaneously, and the father came out the side door to meet us.

He was shaking. “My son is in his bedroom with a shotgun pointed at his chin, talking crazy, saying stuff about seeing demons and that the devil is possessing his girlfriend.” Mr. Roode was talking fast.  “He’d been in Ontario some months back and had taken a lot of drugs. He’s never been the same after that.”

“Darren, his name is Darren.”

He pointed across the kitchen to the hallway entrance and gestured to the right to indicate where Darren’s room was. The other officer and I made our way inside the house.

I went first and gingerly crept across the kitchen and down the hallway and eased up to the entrance of Darren’s bedroom. I pulled my Smith and Wesson out of its gun belt and had it firmly in my hand. I slid in behind the door jam to his room, the door was partially open, so it gave me a bit of protection. I peeked my head around the corner, and Darren was sitting on his bed with the long end of a shotgun pointed straight at his chin. Darren was an overweight guy with glasses and a mop of greasy black curly hair. I had a clear view of him, and I started to talk. Calm. Real calm. I didn’t want to spook him.

“Hi there, son. I’m Constable Roy.  We’re here to help you. Can you tell me why you have that gun to your chin?”

He stared right at me and told me that the devil had kidnapped his girlfriend and killed her. I knew as soon as he looked at me that he wasn’t in his right mind. His eyes had a crazed look about them, a hollow glaze. I knew that he genuinely believed what he was telling me. I also knew that I wasn’t going to resolve the situation by telling him that it was just a delusion. I motioned to his dad and asked him if he could get his son’s girlfriend on the phone for me.

I told him his girlfriend was okay. That she was alive, but he wasn’t in this reality. I remember looking at him and thinking, How could he have gotten to this. How could this have happened?  Finally, his dad came back and said he had Darren’s girlfriend on the phone.

“Hey Darren, I have your girlfriend on the phone. Why don’t you put your gun down and come talk to her,”  I said, but he didn’t believe me.

No matter what I said, no matter how I phrased it, there was no way that Darren was going to put his gun down and come out of his room.

I turned to his dad, “Can you see if you can get Darren’s girlfriend to come over to the house. That way, he will know that she hadn’t been killed or kidnapped by the devil.”

Thankfully, she agreed to come over.

“Hey, son, just hold on. Your girlfriend is on her way.” I said.

Darren sat there with the barrel pushed up against his chin, and I stood peering around the door as he babbled about the devil, and I kept talking, slow and steady.

“Your girlfriend’s coming over, Darren. She’s on her way. Just hold on.”

As she entered the house, I told her to slowly and quietly come up behind me. I didn’t want any loud noises or sudden movements.

“Okay, now slowly, slowly show your face over my shoulder.”

As soon as Darren saw her, he dropped the gun and started running towards her.  I intercepted him and drove my shoulder into him, and knocked him to the floor. My partner ran into the room. He got down beside me and put a knee to Darren’s back. He held Darren in place until I could get the handcuffs on him. Darren was crying like a wild animal as we lifted him to his feet. I felt a flood of relief that he, his mother, father, his girlfriend, myself and my partner, that all of us, were out of danger.

Yet, when I reflect on this situation, I realize that what I did was very dangerous and that it could have just as quickly had a different outcome and been a very tragic situation. Darren could have shot right through his bedroom door. It was a thin and flimsy piece of wood. He could have just pulled the trigger on himself. He might not have recognized his girlfriend and instead seen the devil and pulled the trigger on her. Again, it was by the grace of God that I was able to stay calm. By somehow doing the best I could at the time, it turned out to be the right thing to do with what I had to work with; I’ve said a prayer of thanks a few times, for sure.

Darren was initially transported to the county jail, where doctors examined him, before immediately transferring him to Mount Hope Hospital, an asylum for the insane in Dartmouth, N.S.

My partner and I seized the firearm that day and took it with us to the detachment to be destroyed. Before leaving, I asked his father if there were any other firearms in the house, and he told me that there was one other rifle but that it belonged to him. I said I would need to seize it, but he implored me not to take it as he was an avid hunter. He promised that he would keep it at a relative’s place. I agreed to let him keep it as long as it was off-premise so that his son would not be able to access it.

I went back to the station to write my report, and because I hadn’t discharged my gun, I got to go home to my wife. I told Marianne about my evening at work, but these types of situations are hard to shake.  People are instinctively wired for survival, which means we run from danger. Yet as RCMP officers, we are trained to run into danger. It is entirely counterintuitive to our natural state. Sleep doesn’t come easy when you’ve been in a situation like the one I experienced that evening. All the cells in my body were jittery after being wired for so long.  That was the start of my PTSD, but I didn’t know it at the time. There were no conversations back then about trauma and its effects. The next day I had to get up for work and keep on keeping on as they say.

Prior Article: You can read the previous instalment, Wildlife, here.