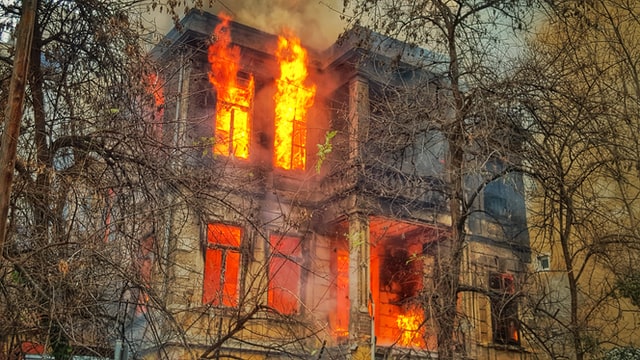 This is the second in a series of stories about retired RCMP officer Patrick Guy Roy who is slowly slipping into Alzheimer’s.

I’d been with the detachment for approximately five months when I got a complaint from telecoms (police radio) about a possible death at what appeared to be a house fire. I was alone that morning when I headed out. When I arrived at the house, the firemen were already there. They led me inside and showed me the body of a dead man. This was my first time witnessing a dead body. He was lying on what was left of his burnt bed. All of his clothes had ignited, and the only things left on him were a melted belt buckle and a pair of melted boots. The smell was unbearable. It was a mix of burnt flesh, blood, organs, a kind of copper metallic, musky, fecal odour that was all mashed up together. I immediately felt like throwing up. The scent was penetrating, and I swear I could taste it. It’s definitely not for the faint of heart, and I’m known to have a very sensitive gag reflex.  I don’t know how I kept it together. Other than a drowned body, a burnt body is one of the most wrenched smells. It makes me cringe right now, just writing about it, and I’ve seen a lot of dead bodies. A lot. What I didn’t realize when I was nineteen was these images never go away. I can’t remember what I had for breakfast, but I can sure as shit picture that burnt body.

Right away, I suspected that the man had probably been drunk and fallen asleep while smoking. I immediately called for an identification member to come up from Sydney to take pictures of the body and the scene. Sydney is an hour and forty-five minutes south of Ingonish. In the meantime, I got another call that a guy had committed suicide across town. I couldn’t believe that I was being called to two deaths in one day. I explained to the firemen that I had received another call and an identification member on his way, and I requested that they stay and guard the scene until he arrived. They complied without hesitation.

I jumped back in my vehicle, flicked on the police lights and siren and rushed to the other side of town. While heading to north Ingonish, I called another member on duty and asked him to go to the fire scene. I arrived at the second complaint, where I saw about thirty people gathered together outside on the pavement. I immediately knew this had to be the place, and I hopped out of the cruiser. As I walked up, I saw someone lying on the ground. I directed everyone to step back some thirty yards. I looked at the guy, and I could tell he was around my age, maybe a little older. I was only nineteen years old at the time. Did I say that already? I’m saying it again for emphasis. Nineteen. I had never seen a dead body before that day except at a funeral.

This guy was lying there with his stomach blown wide open, skin and body parts strewn all over the place. It looked like a scene out of a war movie. It was so surreal it seemed fake, like a special effects team had arrived there before me and staged it. I almost expected a camera crew and director to emerge from the crowd. Honestly, I have no idea, but again I kept a cool head and found a witness in the crowd that knew the deceased. He said he had tried to convince him not to do it.

The guy was rambling, and his eyes were glazed over as he talked, and he kept shaking his head in disbelief, shifting from one foot to the other. A cigarette burning to the filter. No doubt he was in shock. His buddy had just committed suicide in the middle of the road by lighting a stick of dynamite and holding it to his stomach. I couldn’t fucking believe it. And I couldn’t believe I was the one in charge. It was similar to the feeling I had when I got my first job out of high school, and I was in charge of a crew of five. I felt like an imposter but this time, I felt like I was an imposter on the set of a horror movie. There’s no training for walking up to a grisly scene, keeping your cool and getting the shit done that needs to be done. You just somehow have to do it.

At this point, I heard my car radio. A call came in from telecoms saying they had called in a couple of officers on their days off to assist me. I was so relieved to be getting the help that I felt like crying, but I suppressed that too and kept being the man in charge. 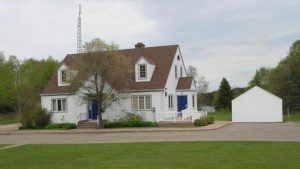 Later, I had to go to not just one but two autopsies. I found the whole thing super gruesome. The people who worked there were desensitized to the carnage as it was their job, or so I believed, but I was a rookie, and they knew this. One of the guys pretended to bend over and sniff the body. I instantly started throwing up and had to run from the morgue. My reaction gave them all a good laugh, and I soon learned that humour was a big part of what helps us survive.  I think without it, anyone who works in frontline work would go stark raving mad. However, I’m sometimes unsure if we haven’t all gone a little crazy from what we’ve seen as cops. We sure as hell skirt the edges sometimes. There’s no getting around that.

I’d say that day of being called out to the fire, the suicide by dynamite, and subsequent autopsies definitely marked my initiation into the force.

Author: Bev Hotchkiss is an accomplished and comprehensive freelance writer with over ten years of experience. As ghostwriter/editor for Patrick’s memoir, she helped Patrick express and  reconcile some of his most traumatic and difficult emotions. Together they navigated the sensitive world of PTSD and Alzheimer’s to create an engaging and poignant story with the hopes of helping others understand themselves or their loved ones.

Discover More: You can read the first instalment here.