Home Fitness How many peanuts does it take to run a marathon? 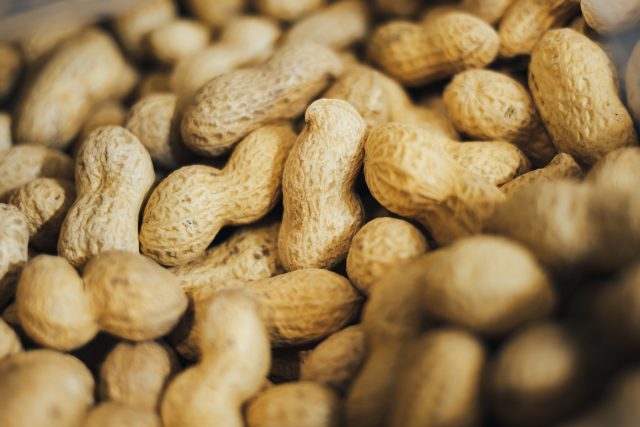 To answer that question, let’s start with some history and science. Mars Inc. is the company that makes Snickers, the best-selling candy bar in the world. It all started when Frank Mars started breeding racehorses in Tennessee. When his wife’s beloved horse died, Frank added peanuts to the Milky Way and the Snickers bar was born!

Let’s look at the peanut and how this non-nut became the super food of sports nutrition.

First, how did this bean become a nut and why is it a nutritional rival to meat? Second, how did it find its way to the baseball field? Third, how did horse racing inspire millions to run marathons and fuel their workouts with a candy bar?

The peanut plant has a vine-like spread and an extensive root system. The vines create a canopy over the soil, providing shade and trapping moisture, while the roots draw water from as deep as six feet below the ground. This means farmers use less water for irrigation.

The roots also have nodules that capture or “fix” nitrogen in the soil. Think of nitrogen as plant testosterone: more nitrogen equals bigger nuts!

But pea-nuts are actually legumes! Botanists classify the whole plant, rather than just the part we eat. Botanically, a nut is a dry fruit with a single seed wrapped in a hard, non-splitting shell.  (You can’t crack it open yourself – think walnuts, acorns, chestnuts). Peanuts fail the botany test because they have two or more seeds, they grow in a pod, and their shells are easily broken with your fingers or teeth.

Peanuts are thought to come from Peru where the graves of the ancient Incas were found containing jars filled with peanuts for the dead to carry with them into the afterlife. Note that Africans brought peanuts to North America because they believed the plant had a soul and was worth saving. At first, only pigs and poor people ate peanuts. Then, botanist George Washington Carver started studying the plant in 1903 at the Tuskegee Institute. He discovered over 300 uses for the peanut, including shoe polish and shaving cream. His legacy as the “Peanut Wizard” was convincing Southeast farmers to plant peanuts instead of cotton because if farmers couldn’t sell the crop to make money, they could eat it!

During the Civil War, peanuts were used to stave off hunger for soldiers who relied on non-perishable energy sources, and civilians who faced supply chain cut-offs and food shortages.

John Harvey Kellogg is responsible for marketing the peanut as a meat alternative. He needed a protein source for his patients at the Battlecreek Sanitarium (an Adventist health resort founded at the end of the Civil War) who could not chew and digest meat properly. So, he ground the nuts into a paste and patented a paste called peanut butter.

Today, peanuts are famous for their impressive nutrition profile. One ounce of peanuts provides 7 grams of protein and 12g of unsaturated fat. Protein is essential for building muscle and generating new growth, and fat provides energy, essential fatty-acids, and fat-soluble vitamins like A, D, E, and K.

Peanuts provide over 30 vitamins and minerals, including B vitamins like niacin needed to convert food into energy, insoluble fiber to fill you up and keep you regular, and magnesium, which plays an important role in muscle function and enzyme production. They also contain trace minerals like biotin, folate, copper, manganese, molybdenum and phosphorous.

Because they are so nutritious and versatile, peanuts remain a staple in the diets of people around the world, particularly athletes. Peanut butter is a common post-workout ingredient, and peanuts themselves are a staple at sporting events. This trend began during the last half of the 19th century, when “hot roasted peanuts” were sold by P.T. Barnum as the circus made its way across the country. Peanuts were also sold on street corners in vending machines. Peanuts really hit it big in 1895 when baseball became America’s national pastime. Each game promised a packed stadium of people who were anxiously awaiting each pitch.

Harry Stevens, a pioneering ballpark concessionaire, took advantage of the opportunity and sold advertising space on the back of baseball scorecards to a peanut company. Instead of paying for ad space, the company paid him in peanuts that were sold at each game. in 1908, the song “Take Me out to the Ball Game” was composed and peanuts and baseball were wedded forever in the eyes of consumers.

But why peanuts and not cotton candy? And why baseball and not horseracing or hockey?

The tension builds slowly in baseball. Eating peanuts is part of a nervous habit that occupies both hands, and chewing is tastier and better for you than grinding your teeth. In horseracing and hockey, you need your hands to place bets, or pump your fists and cheer every slap shot and sucker punch. These sports are high-energy, and players have to be on top of their game every moment.

That’s where the Snickers candy bar comes in. The company has based its brand identity around that of an athlete. Tag lines for the candy bar include, “Rookie Mistake? Maybe you just need a SNICKERS.” Another ad features the A-Team’s Mr. T shouting abuse at a football player who appears to be faking an injury. The ad ends, “Snickers: Get some nuts.”

And it all began because Frank Mars had an athletic mentality that wouldn’t give up. He tried selling candy bars for decades and failed so many times that his first wife left him. Undeterred, he pursued his passion and a young woman named Ethel. She was a schoolteacher with a love of horses. Frank’s first candy bar success was the Milky Way. He and Ethel used their money to open a ranch and breed racehorses. Ethel’s favourite racehorse was named “Snickers.” The horse died around the same time as Frank’s innovation of adding peanuts to the Milky Way, and they named the new candy bar “Snickers” as a tribute.

It was an instant success. So, when Frank’s son moved to the UK he took the candy bar with him. The only problem was that “Snickers” rhymed with “knickers,” an English term for women’s underpants. The concern was that people would think it was a joke. The candy bar was named “Marathon” instead, because of its high caloric value. The name was changed globally to “Snickers” in 1990.

Today, Snickers is the best-selling candy bar in the world, with sales of $2 billion a year.

So, after all that, how many peanuts does it take to run a marathon? And, as there are on average 28 peanuts in one ounce, then it takes 452 peanuts to run a marathon!

Author: Jennifer Graham is a writer in Nova Scotia. She practices the “Lost Arts” of cursive writing, paper mâché, pie-making, letter writing, and acts of everyday kindness. She is a regular contributor to Optimyz and Silver Magazines.

If you enjoyed this article, check out this article on Creating an efficient running stride.