Home Longevity Learning from each other 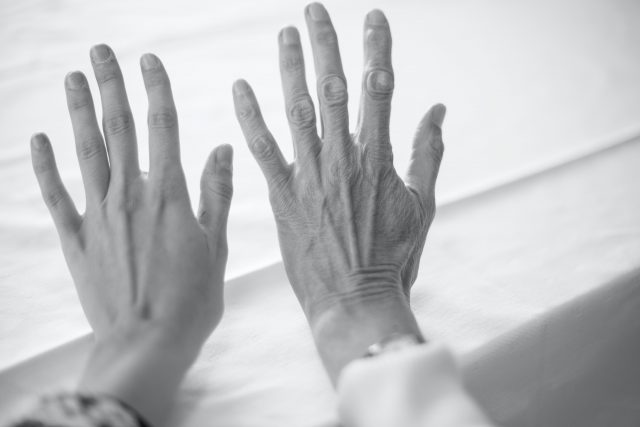 “The counts of the indictment are luxury, bad manners, contempt for authority, disrespect to elders, and a love for chatter in place of exercise. …

Children began to be the tyrants, not the slaves, of their households. They no longer rose from their seats when an elder entered the room; they contradicted their parents, chattered before company, gobbled up the dainties at table, and committed various offences against Hellenic tastes, such as crossing their legs. They tyrannised over the paidagogoi and schoolmasters.”

–Kenneth John Freeman summarizing the thoughts of elders in ancient Greece towards the youth. (Schools of Hellas, 1907).

It seems that each generation hears the same thing from the ones before them. For as long as humans have documented, we have failed to live up to the expectations of the generations before us.

We’re often defined by our generations, and the farther apart we are from one generation, the more different we tend to see ourselves from each other. Whether you’re a baby boomer, a member of the forgotten generation (gen. x), a millennial, or generation z, I’m willing to bet your parents or someone older than you criticized your generation’s taste in music or fashion taste, or your work ethic.

While I was growing up, it was holes in jeans, tattoos, piercings and many more fashion and aesthetic choices that were a point of contention for people from older generations towards my own. Earlier generations tended to see our fashion choices as too revealing or too “out there.” There was a time when the bikini was a scandalous piece of clothing.

As for music, I’ve heard from older generations that today’s music isn’t “real.”. This happened when rock music took the world by storm too. The music of today is never as good as the music we listened to when we were growing up. Does music really get “worse” or is nostalgia to blame for our fondness for the music of our youth?

However, besides criticism we hear other voices. We often look up fondly to those older than us — a relative, a friend, a teacher, a role model of some sort. They care for us, protect us, and help us with the things they’ve already been through.

Intergenerational dialogue, the way generations communicate with each other, is a powerful tool. It has the ability to bring us closer together – or push us even farther apart.

One of the ways we communicate intergenerationally is through giving each other advice.

We love to give each other advice. We always think we know what’s best for everyone else. Why is that? Well, it doesn’t come from a bad place. Usually, we believe we know better than someone else based on what we’ve already been through. We want to spare others from making the same mistakes we did, or going through the same hardships.

When I asked my father for his best piece of advice for younger people, he told me: “Live every day as if it were your last.”

It’s easy to hear this and dismiss it at any stage in your life, but especially in your youth. We tend to take our time for granted—not usually because we’re ungrateful, but there are so many things we have to take care of in a day. We go to work, make dinner, do chores, and by the time we’re done that we don’t have a lot of energy left.

Yet living every day as if it were your last means more than that. Perhaps it’s about being your best and truest self, even if that’s scary, and standing up for yourself, and spending time with the ones you care about. Maybe sometimes you leave the dishes in the sink and the clothes unwashed, but at least you went out and saw your friends.

We can learn a lot from people who’ve lived longer than we have, and they can also learn some things from us. People born in different generations grew up with a different understanding of the world—different political climates, different social climates, and social norms.

This is one way we learn from other generations. Often they were the ones paving the way for the world as we know it today.

I spoke with a close family friend, Marie Lemieux, about what advice she would give to people in my generation and she passed on some words of wisdom from her own mother. Marie’s first language is French so she translated these phrases and how she’s used them throughout her life.

One of the phrases Marie has lived her life by is, “manque pas ta belle fin de semaine, chère.” Meaning, “don’t miss your lovely weekend, dear.” Marie told me what her mom meant by this was “grab the bull by the horns and don’t wait on indecisive people to grab them for you.”

As we’re growing up it can be hard to go after what we want, especially when we’re doing it alone. It’s often easier to do what everyone else is doing and sometimes we can wait around for the right moment only to find out that there isn’t one. Growing up, we may lack confidence in ourselves and our decisions. We’re afraid to fail or look stupid.

I used to hate going places alone and I missed out on a lot of experiences because of this. I was always waiting around for someone to go with me, and while doing things with friends is great, sometimes you find your own company is a different kind of special. Marie said she’s made new friends and had great experiences this way.

The generations before us pass us the torch, and along the way maybe they don’t realize how much things have changed since they handed it over. This is where I think some frustration can come between generations.

My father started working full-time in 1990 but worked part-time as a teenager and young adult starting in 1981. He belongs to generation X, which includes people born between the mid-1960s and mid-1980s. When he began working in the 1980s he worked among both the silent generation and the baby boomers. He noticed a difference in how each generation viewed work.

“I mean that was the most difficult thing I had with them, was just trying to relate to my job being everything,” he said.

My father wanted a better work-life balance than the generations before him. He also noticed a difference in how the different generations saw the trajectory of their careers.

“If I didn’t like where I worked, I would just go somewhere else and find something else, whereas you found a lot less mobility in career change in the silent generation and the baby boomers.”

We see this changing of careers continuing today as switching jobs and even career paths is becoming more normalized. One of my closest friends with whom I graduated has worked in several different areas of her job as a support worker, and in doing so she has just interviewed for her dream job.

It would be almost impossible to write about intergenerational dialogue and not mention technology. The millennial generation grew up with computers; as time goes on, technology becomes increasingly important in our lives.

Technology has entered the workplace in many ways, affecting older gen Xers and baby boomers. My father told me he’s had to adapt as new technology has been introduced. “I’ve tried to update my skills, as I did five years ago. I never really had to make my own things in Excel before, so I took a course.”

The Internet is one big change that now defines generations. My parents grew up without the Internet, making societal change harder and slower. Nowadays, information can spread quickly and easily. This is a double-edged sword. It means injustices can be brought to light from all around the world. However, it also means that misinformation can spread easily.

My father just downloaded Twitter for the first time because I told him it was a good source for news if you know who to follow. I showed him that the blue checkmark means that a page is verified so he knew which pages were real and which were fake.

After speaking with these two lovely people I was left with one overarching thought: don’t waste your time doing things that don’t make you happy. We may have differences in how we understand technology, what we wear, how large a role work plays in our lives, but this sentiment seems to remain.

It appears that as we age, taking advantage of our time becomes increasingly important and also easier to do, but only if we value our time and learn from our experiences. It takes time to realize what’s important to each of us and furthermore to have the courage to go after that. Whether it’s leaving a job we hate or just going grocery shopping alone, our time is precious and we deserve to experience life the best way we know how.

If you liked this article check out this one on the best podcasts for people over 50.