This is the companion article to the cover Q&A article in the latest Silver Magazine.

In his 60s and 70s, musician Ronnie Wood finally kicked the cigarettes, booze and drugs, and beat cancer. He had twins. Cautionary note: Don’t try this at home

Ronnie Wood, the guitarist for the Rolling Stones and a host of other groups, lives on the edge. The question is: which edge? As a school boy in England he ran cross country, relishing the fresh air and the natural high.

Then he discovered cigarettes, booze, drugs, sex – and music, R&B, the blues. This was his life for the next half century.

Late in life, when the addictions and full-tilt lifestyle could have taken him down, he slowly righted the ship. In 2018, Wood told Rolling Stone magazine that sobriety prepared him for some key life events, including the birth of his twins Alice and Gracie in 2016.

“I was lucky to get on the wagon when I did and was ready for all the stuff that came at me, cancer and all that,” he said. “Luckily it was all in one place and I had it removed. I got my life again – I got a second chance and my little girls and my whole life now is so much better.”

Ronald David Wood, known variously as “Ronnie” and “Woodie,” is a small guy with a lot of energy. As a young child, he was so active his mother tied him to a piece of furniture so she could keep track of him.

Born after the war in England, he grew up in public housing. With the wartime rationing and lack of nutrition that continued after the war, most of the rockers of that generation are small.

His parents went “water gypsies” who had lived on barges on the canals. They went to the pubs most evenings and partied through the weekend, his father especially. There was always music. In his mid-teens he started playing guitar. Music came easily.

By the time Wood was 21, in 1967, he had played with many of the British rock stars of his day, including members of the Rolling Stones and the Beatles, Eric Clapton, Rod Stewart, and Jeff Beck, as well as Jimi Hendrix and many top American blues and jazz musicians touring the UK.

Besides tobacco, as a teenager he and his mates used whatever drug was going around. Alcohol was a special gift. After his girlfriend was killed in a car accident, his friends got him hammered and he discovered that booze could make his problems go away, at least for a while.

Wood is a talented musician, a composer, and an artist. A social animal, he has met and befriended A-listers in many fields. He has a reverence for the chosen few, like Mohammed Ali, who represent a higher calling.

Ronnie, the autobiography of Ronnie Wood, was published in 2007. It captures the unlikely story of a larger-than-life character who is still going strong. Despite all the chaos and the drugs, Wood, like his bandmate Keith Richards, has an amzing memory. An artist, he has an eye for the telling detail. In fact, his art career started as a teenager, around the time he took up the guitar.

There are health lessons hidden in the life of this aging rocker and bluesman whose often toxic lifestyle would probably have killed most people. Some of it is luck. He has a strong constitution. And he has learned the right lessons – often just in the nick of time.

On stage in the early years, he touched the microphone and his electric bass string at the same time and was sent flying through the air, electrocuted. In the hospital the doctor told him he must have a strong heart to even be alive. He went back to the gig and finished the performance.

Part of his secret is simple: the joy of life. The magic all children have but that adults tend to lose as they master the daily grind. Although sobriety has made him reflective, he still radiates that sense of joy, that life is a cool experience. Let’s have more.

In the early days Wood painted signs and played with pick-up groups. They could hardly afford their instruments. But he was an opportunist, and every time a gig presented itself, he showed up. Like the other young musicians of the day, he toured England, sleeping in vans, chasing girls and playing pranks on his fellow band members. Within a few years many within this loose network of musicians and friends became household names, although most still weren’t making much money.

Wood’s natural energy level meant he could keep going when most others could not. Drugs were a blessing and a curse. He kept up with his friend Keith Richards, up to a point. He drank more than Richards, but despite the heroin and the pharmaceuticals, he was a bit more careful with the drugs. Deep down there was a survival instinct at work.

Early on he bought a huge house that he could not really afford. Then he installed a snooker table and a music studio. The place became a safe haven for the rockers of the time – a refuge for members of bands like the Beatles, the Stones, the Who. Safe from the limelight, they could jam, record, party.

Many, it turns out, had doubts about their talents, even as they sold millions of records and started to fill stadiums. In one such funk, Eric Clapton locked himself away with his girlfriend and a lot of heroin. Wood dragged him out to his recording home studio and Clapton slowly got his act together.

Wood certainly has talent. Before a tour with Jeff Beck, where he had been playing guitar, Beck decided he wanted the spotlight to himself and Wood had a week to master the bass guitar. When he joined the Rolling Stones for his first tour, he had to learn the guitar parts for their 200-song repertoire and advised Mick and Keith when they started a song in the wrong key.

Besides guitars, he plays the harp, the sax, drums, whatever is lying around. “Give me a few days and I’ll learn an instrument,” he says, not bragging. Unlike many of his peers, he can read music, although, as he says, “music is all about feel.”

Wood freebased for years – needles weren’t his thing. He tried rehab many times, but nothing stuck. Eventually, in his 60s, the drugs just weren’t doing it anymore. “They weren’t making me feel better,” he said. “I realized I had become negative, bitter. I wasn’t myself.”

Finally, he got sober. He did it solo, using what he learned at Alcoholics Anonymous, one day at a time, to pull himself out of the abyss, even as his friend Keith Richards mocked him for it. The drugs disappeared too.

Then, after 54 years of smoking, he was diagnosed with lung cancer. During the operation they removed the cancer and a slice of COPD. The doctor said that at that point the rest of his lungs appeared as healthy as if he had never smoked.

His wives and girlfriends have put up with a lot: the booze, drugs, and infidelity that were part of the rock star scene. Stealing women from each other but staying friends. He fell in with corrupt and incompetent managers, a flaw he blames on his drug use. At one point he borrowed a million dollars from the Stones and was nearly left off the Forty Licks tour.

Wealth and fame brought the good lawyers he and his mates needed to maintain the drug-fuelled lifestyle. On one tour of the US, he and Keith got busted in a small western town. They turned into local celebrities and after a few days in the lockup, the lawyers flew in and got them off. The judge didn’t want the bad publicity.

He and his girlfriend were busted for drugs while on a family vacation in St. Maarten. The Stones’ lawyers got them off.

He has been married three times, and enjoyed the indulgences of life on the road. His art has been shown in major galleries. Life has been good. There aren’t many photographs where he is not smiling. Still, the last few years may have been the best of all.

Today he is still an active musician, still selling his art, often as a contribution to good causes. He is tight with his six children and grandchildren. He still loves snooker. He owns thoroughbred race horses. He is a fan of English Premier League football.

He does have one new hobby: he started stamp collecting in rehab. And when the Stones kick off their next tour, the one postponed by Covid-19, he’ll be ready.

The Rolling Stones are aging gracefully, sort of. Here’s a partial list of recent health milestones:

You might also enjoy our interview with Jane Fonda on the last cover of Silver Magazine.

Author: David Holt is the Editor of Silver Magazine and Editor-In-Chief for HUM@Nmedia, the parent brand for Silver. He is former editor of Progress Magazine and is a prolific writer. He can often be found outdoors somewhere, on a bike, in a kayak, on ski’s. 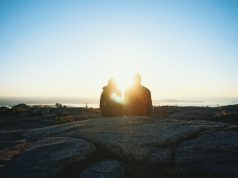 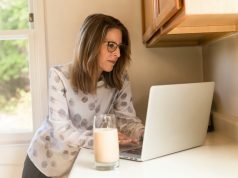 The art of daily affirmations 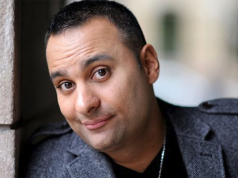 5 “healthy” foods that can sabotage your healthy eating

The art of daily affirmations

5 “healthy” foods that can sabotage your healthy eating