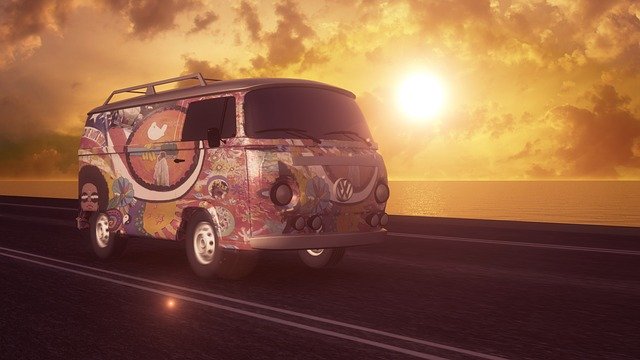 Seriously. It’s the hippies we should thank for today’s digital social media. All born, essentially, out of the 1970’s hippy collectives around San Francisco. But hippies rejected modern society you say! Off they went into the hills, grew long beards and neither men nor women shaved and they ate “strange” food. Many would become vegetarian or vegan.

The First Iteration of a Social Medium was Analog

Arguably perhaps, the forefather of today’s social media would be Stewart Brand. He created the hugely popular Whole Earth Catalog in the late 1960’s. He also slammed it shut in 1971 because it became too much of a business. The very essence of the Catalog was that it was written by the people. It had no linear flow, it was a literal mash up of stuff. People sent in information on the tools they developed and reviews and comments were published. It had no political or societal discussion. Brand delivered it in his old pick-up truck. And as Brand said himself, the Catalog was not about telling people what to do, but giving them the tools to discuss and collaborate and find new ways of moving forward. The very essence of today’s digital social media tools. The creators of Twitter had no idea how it would be used, it was people that made that determination. The Catalog was enormously successful. But it’s weakness was scalability, something digital tools have overcome today. The other major weakness was that it was always a discussion and people could not arrive at a decision and plan or organise effectively. Today’s social media enables organizing and planning at a scale that took so much longer before.

The Emergence of Digital Social Media

But the Whole Earth Catalog was just the spark. The amber flicker of the impending digital age. It was the very late 60’s and early 70’s when computers started to be connected and be more affordable. Many hippies, oddly enough, thought technology was a way forward, that they could liberate society from the capitalist systems in place…a theory still rampant today, although perhaps more tempered in hope than in reality. Brand saw this and soon the Whole Earth Software Catalog was born, promoting the exciting opportunities of technology. Then as the technology evolved and the early structure of the Internet came to be, Brand created the Whole Earth ‘Lectronic Link or what became known as the WELL. It exists still today, click here to see it. Although it’s rather morphed and Reddit seems to be it’s modern replacement. The hippies had moved back into town and they thought technology and computers were the route to cognitive freedom. Hippies wanted to give humanity the ability to connect and communicate as they always had, just faster, cheaper and better.

While Brand might be hailed as the forefather and a key driver, he wasn’t alone. He worked alongside many other bright minds. The founders of Cisco were born of this movement, including HP, Netscape and others. The principles of the WELL are embedded in almost every social media tool we use today from Twitter to Facebook, Instagram and all the others.

Most of us probably think of geeks in sterile rooms, dark suits and mega corporations building the modern technology world. In part, that is the case. Companies like IBM, Wang and Digital were very focused on the business end of things. Their view of technology was applied to business to find cost efficiencies and speed up sales. A Ford style approach to economics. It was the Hippies that viewed technology as a way to bypass these old recession prone approaches with the ideal of freeing humanity. A noble idea and perhaps somewhat successful, though the jury is largely still out on that front. But social media has given more people a voice, consumers more power and is influencing major societal discussions.

So, next time you log into a social media service, thank a hippy.

Insight: You might also enjoy this article on what algorithms are in plain English.

Author: Giles Crouch is the group publisher for HUM@Nmedia, the parent brand of Silver Magazine. He is also a digital anthropologist and conducts research and writes on the intersection of humans and technology.