Home Resonance The animals will know 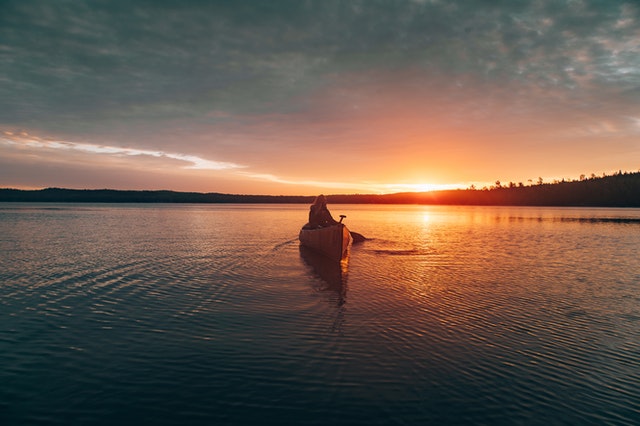 Paddling up the meandering tidal river near Parrsboro, NS on the Bay of Fundy, I saw eagles sitting in trees, flying overhead. The immatures, those without the distinctive white head and tail feathers, are even larger than the adults because their feathers are bigger.

Moving inland with the tide, I hardly had to paddle as the river filled with seawater. My kayak glided underneath a tree branch where a large eagle watched me carefully. When I was almost underneath, he dropped from the branch and flew off. I was so close that I could hear the loud “whoosh whoosh” as his wings beat against the still air.

A few minutes later, five small cormorants circled overhead looking for a landing spot. Usually, they are shy birds so I was surprised when they swooped down and landed just in front of the boat and stayed there for a little while. Then they flew off. Again, I heard the beating of their wings in the silent air. This time it was a quicker, higher-pitched sound.

I thought to myself, how lucky I am to glide through this blue and green paradise surrounded by eagles, cormorants, ducks, herons and kingfishers. I knew striped bass were swimming by beneath the boat.

As the tide turned, I paddled under the bridge and into the shallows. Then I turned and drifted back out with the tide. Eagles still in the trees. The wind came up but still I was moving with the tide. A fishing boat with two men and a boy was anchored ahead. They pulled up their lines and roared out into the bay. Even that did not spoil the scene. They were enjoying the day in their own way.

The next morning after meditation class via Zoom with Yogiji in Rishikesh, India, I told the yogi about my close encounters with birds. Earlier I had told him about coming around the point and meeting two huskies who walked out into the water to meet me, and then seeing a fox in the field just before dark. Animals seem to be comfortable around me, I said.

This happens with meditation, he said. The more you practice, the more your nervous system calms down. Most people have an edge of anxiety, even fear, although is usually concealed. Animals sense that. When you dial that down, animals sense it and are more comfortable around you.

In the modern world, many of us live on our computers, our bodies and minds humming in Internet time. We are always rushed, always a little behind. This anxious edge is so a part of life we hardly know it’s there.

But animals do. In some ways they know us better than we know ourselves. Get outside. Take out your kayak, your bike or your skis. Even in a city you can find a park or even just a quiet street where you can feel the breeze and look up into the blue sky. Your whole body will come alive. The real you will emerge. The animals will know.

You might also enjoy David’s blog about spending time with whales.