Home Longevity The balance of wealth and values 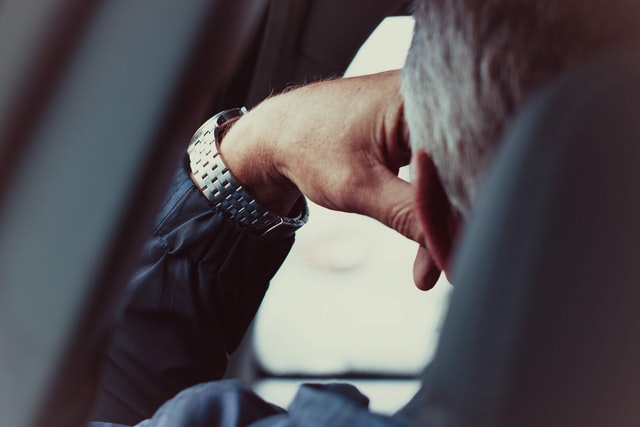 Money buys a lot – but not happiness or a balanced life. It doesn’t change people, it reveals them.

I met a lovely young couple years ago who won a pile in the lottery. His dream was to buy a touring motorcycle and play lots of golf; her dream was to holiday in the Caribbean and have their kids swim with dolphins.

Driving home on the new bike, the mirror fell off and they returned to the dealership, joy interrupted by this annoyance. When it came to golf, he invited his three best buddies to play some nice courses they’d all only talked about before the win. A few rounds in, his appreciative buddies acknowledged that they couldn’t play anymore for a while because they had to get back to work. The 35-year-old lottery winner conceded that more rounds for him meant playing with a new group, retirees, good guys but not the same as his peer buddies.

The holiday went ahead, including booking an hour swimming with dolphins, but the kids became bored and wanted to get out of the water halfway through, making mama tell them, sharply, to get back in the water because she’d paid $75 for the experience and wanted them to, “have fun, dammit!” They laughed about it afterward.

Another lotto story of two winning brothers, both thinking they wanted to buy Ferraris, which they could now well afford. I made a suggestion: rent the cars they wanted for a weekend or a week and then decide if buying was still a good idea. When the rental concluded, they agreed that desire was now out of their system and neither went ahead with a purchase.

Contemplating the possibility of winning a lottery inspires thinking about what you would do with your life if money was not an obstacle. Of course, winning is improbable but the fantasy of sudden riches can be useful. It may make you think about what is actually important to your life.

When the pots are large, often dreamers say, “think of the good I could do with that!” Money doesn’t change people, it reveals them.

A last story of an engineer who built a successful business with a specialized niche in avionics. After 25 years, the company’s expertise was so good that a much larger aerospace company bought them. The founder saw this as good for the future of the company, the employees, and the customers.

After a transition, he ended up with millions in the bank and an identity crisis. He had spent his career building the business, employed 130 people, contributed to the economy and was respected in his community.

While he knew he’d made the right decision, his sense of identity was in serious question. He felt he’d given up his creation for money. This is not an uncommon experience.

After meeting hundreds of business owners over the last 30 years, I cannot think of one who viewed money as their motivation for creating their business. Solving problems, meeting needs, innovating? Definitely. Money or, more precisely, capital, is needed for any business to function, but it is viewed as a tool of business, the same as a machine or a building.

The stories above demonstrate that the perceptions of wealth can differ from the reality of wealth.

The point of these anecdotes is that money does give you choice and choice has consequences. Most people associate wealth with riches; I suggest that wealth is better defined as a rich life. The contemporary definition is that wealth means an abundance of money. Yet the etymology of the word “wealth” tells us that the root is “weal,” a word meaning “well-being.”

I have long felt that well-being and, indeed, wealth, come down to having three things in balance: health, family, and career. Further, I’ve imagined those to be analogous to the three legs of a stool; if all legs are equal length, the stool is balanced and useable. When these are in balance, there is a much greater chance of a state of well-being.

While the perception of wealth is that it gives you the opportunity to buy things, its greatest benefit is the dividend of time. Wealthy clients have been almost unanimous in stating that their money has taught them to be more outward looking than they’d been previously. The dividend of time has allowed them to consider their values and how they can positively affect their communities.

There is no precise definition of wealth because how people see wealth is emotional and imprecise. It’s not the wealth but the application of wealth as a tool that makes a difference. Those who have accumulated wealth state candidly that wealth means nothing unless it has a purpose, such as sharing experiences with family, friends, and community.

More Insight: Check out David’s other great article on moving to England from Canada.