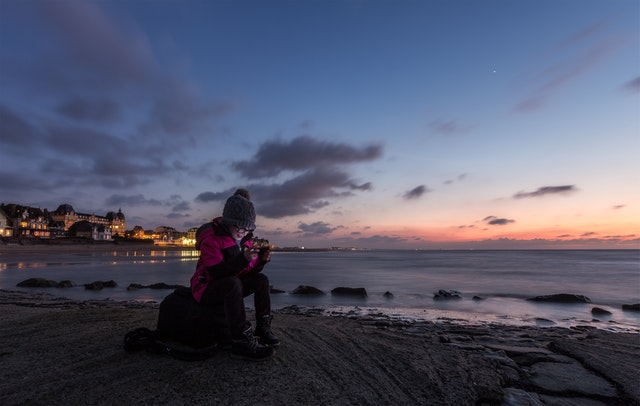 As a digital anthropologist, I’ve spent a lot of time in online communities, studying social media as well as netnographic research and humans using technology in the real world. I’ve seen the good, the bad and the ugly over the past decade. While much may seem bad, I’ve seen a fair bit of good and I’m starting to see some broader positive societal trends coming out of social media. Let’s take a look.

Animals: From cats being mean to silly and cute dogs and wildlife caught in the act, we can see a shift across many countries and cultures in how we see animals. From pets to wildlife. Although there isn’t any hard scientific evidence yet, anecdotally, we can suggest that humans, who are also animals, are perhaps evolving more meaningful relationships with our fellow animals ad we learn about them and how we can interact. The good that may come of this is a deeper respect for our fellow creatures and a greater desire to keep endangered species alive.

Gender & LGBTQ+ Issues: In Western societies we’ve seen a wonderful explosion of genders. While this may seem new to some, it is not. Multiple cultures around the world have recognized and embraced multiple genders (check this map out). The idea of only two genders and terms such as gay/straight are relatively new constructs found mostly in Abrahamic religions. Native North Americans have “two spirit” and it’s a really cool concept. Initially, social media was used to shame people using transgender or LGBTQ+ identities. And it still happens. But for the most part, those who identify as different genders and shifting, can no longer be shamed to the degree they were. Now they can live more openly and be as core a member of society as anyone. Social media also helped pave the way for gay marriage in many countries. In countries where anti-homosexual laws remain, slowly, they are being shamed and pressured to change. These things take time.

Cultural Awareness at Scale: Through even short TikTok videos to longer YouTube vides, Instagram and Snap posts, we are able to see and experience other cultures unlike ever before in human history. This has given us a window into one another unlike ever before. It has also helped expose cultural appropriation by brands and shame them to behave better. The outpouring of grief over the 200 innocent children buried by the residential schools has lead to an awakening in Canadian non-indegenous society of the Indigenous peoples and slowly is helping create a new narrative where they can be better understood and wrongs can be addressed. There are the delightful Martitime Bhangra Groupwho went viral sharing their dance and then there’s Gurdeep Pandher who lives in the Yukon and has inspired the world with his bhangra dancing. There are many more such examples from around the world.

Women’s Rights: From the #MeToo movement to exposing levels of pau inequality, discussing menopause, menstruation, pregnancy and other culturally taboo topics that shouldn’t be taboo, women’s issues are at the forefront now. They need to be kept there. But the dialogue has been opened up. And as much as angry old white men (like in Texas and Poland) might want to stuff that genie back in the bottle, it can’t be.

Racial Equality: From Black Lives Matter to Asian communities and anti-semitism, social media has enabled our fellow humans to show the wrongs being done in countries around the world. At times, many times right now, it is divisive and the trolls are in full swing. But in the long-run, as history has proven over and over again, progress is inevitable. As we see the wonders of a world with many cultures and foods and celebrate the diversity of our different skin colours that are only different because of diet and environment and nothing else, we will, slowly, but inevitably, see a decline in racism. But we have much to work on yet. Social media affords that dialogue.

Nature: From exposing illegal sand extraction to pipeline disasters and the death of animals, social media exposes what would’ve once remained hidden. It is brave volunteers around the world that expose these failings of capitalism. But we are also sharing our experiences of climbing mountains, exploring new places and seeing the amazing wonders of our planet that is encouraging us to pay better attention, to fight climate change from a grassroots level that will, too slowly, foster the changes necessary.

Over time, despite the trolls, the cyberbullies hiding behind keyboards, despite those who seek some kind of perceived lifestyle that never existed, social media lays humanity bare for all its foibles. As humans learn and socialize, they have sought brighter futures. Humans are wonderful, funny, weird, creative and entirely unpredictable.

Across so many countries, cultures and platforms, my research is starting to show that a shift is starting on social media. Racism is being opened up and talked about, small actions are happening. Women’s voices are finally starting to be heard and they are shouting louder and will be heard. As they should be. We are looking at nature and our relationship with animals and with each other in new ways. There are glimmers that the darkness that seems to pervade social media, are being fought back. And the truth is, those trolls and those who would stomp on human rights, they may seem loud, but in the end, they’re small and cannot win. Humanity will progress and there is more good in the world, than bad.