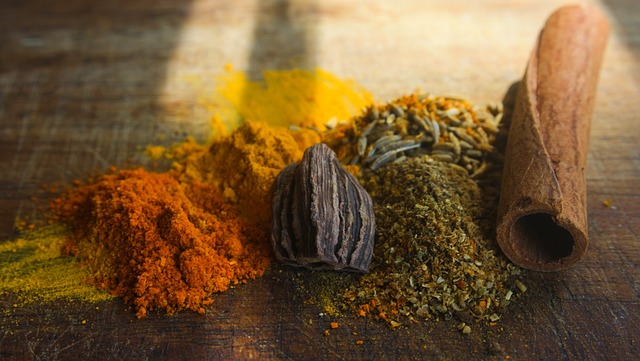 YOU are too tired to cook after work and find yourself turning again to high-calorie take-out or fast food. You’d love to find the time and energy to prepare healthy meals at home, but cooking—espe- cially trying out new cuisines like Indian—seems too time consuming.

On the plus side, Indian spices like tur- meric and cardamom are proven to put the body’s fat-burning machinery in high gear, while home-cooked Indian food is one of the most healthful (and surprisingly easy) dining options for a host of other reasons:

At the heart of Indian cooking, you’ll find an array of vegetables. Some people—espe- cially children—dislike and avoid vegetables. It’s true that when they are simply boiled or steamed, vegetables can be bland. So how can we make vegetables more enticing? The answer can be found in the world of spices, legumes and herbs.

Vegetables come alive when enhanced by spices such as cumin and black mustard seeds, or legumes such as yellow split peas, moong and red lentils. Herbs like cilantro and curry leaves also impart incredible flavour. The result is tasty, aromatic foods that are hard to resist. Besides spices and lentils, vegetables cooked with simple ingredients such as fresh tomatoes, onions, garlic and ginger can also be tastier than you ever imagined.

In the Indian tradition, vegetables are cooked as seasoned stir-fries or in flavourful lentil sauces. Indian cuisine transforms cruciferous vegetables like broccoli, Brussels sprouts, cabbage, kale and radishes into dishes that are delicious and visually appealing.

For nonvegetarians, our cookbooks also feature lean proteins such as chicken, turkey, fish and shrimp, all cooked with a variety of spices. A rice dish, a lean meat, and a vegetable dish can make a complete healthy meal. For vegetarians, Indian cuisine offers limitless options—a rice dish served with variety of vegetable dishes and some cooling yogurt are wholesome and enjoyable classics.

A steady stream of research points to the health benefits of Indian spices like turmeric, cumin, and curry powder in preventing diseases and healing the body. Spices also aid in digestion. A comprehensive and scientific account of the health benefits of every spice commonly used in Indian cooking can be found in Healing Spices by Dr. Bharat B. Aggarwal of MD Anderson Care Center in Houston, Texas.

Some might feel daunted by the “heat” of Indian spices. Interestingly, it is not the spices themselves, but rather chilies and red peppers used in Indian cooking that actually make a dish hot. The amounts of chilies can easily be adjusted to personal preference or left out altogether.

And though Indian recipes call for a variety of spices, nowadays Indian spices are found in most supermarkets. Our cookbooks include clear instructions and recipes that are easy to follow for beginners. And almost all of the recipes beautifully complement tradi- tional Western foods.

It is worth pointing out that Indian cuisine shares many important characteristics with the “Mediterranean Diet,” widely known as one of the healthiest in the world. Both use lean meats instead of red meat. Both also emphasize the use of light oil and high consumption of fruits, vegetables and lentils. As a bonus, Indian cooking also uses spices and legumes that have intrinsic health benefits.

More Inspiration: Check out this great article on the benefits of organic food.

Author: Alamelu Vairavan is the host of “Healthful Indian flavors with Alamelu,” produced by Milwaukee Public Television and syndicated nationally on PBS in the United States.