Home Resonance The village is burning 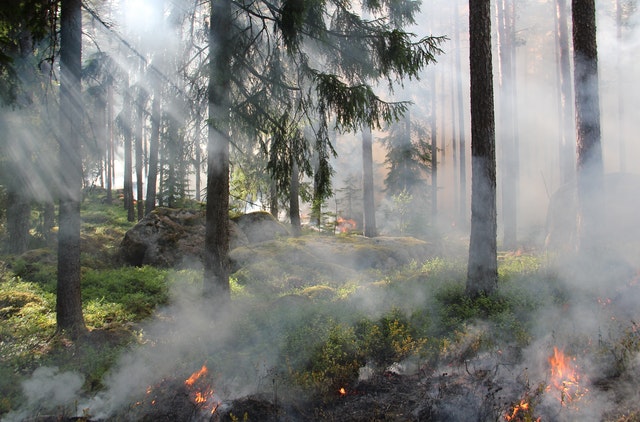 This year, Nova Scotia, where I live, has been spared a lot of this, at least so far. It has a temperate climate, especially the Atlantic Coast that sticks out into the moderating influence of the Gulf Stream. Still, even here the impact of human-generated climate change is on a slow creep.

Let’s look back a couple of hundred years. A warming climate plus human intervention have been changing the biodiversity for centuries.

Striped bass, a southern species, is still considered threatened off our shores. But as the coastal waters warm they are now so numerous they are gobbling up the vulnerable juveniles of other species, even as far north as the shore of the Gulf of St. Lawrence, at the extreme edge of their range.

Warming seawater is preventing cod from coming back after decades of overfishing. A couple of generations ago the cod stocks seemed inexhaustible. As did many other ocean species including Atlantic salmon that are in steady decline after years of overfishing and warming seawater.

Humans brought southern species like smallmouth bass and chain pickerel to our lakes and rivers. They are driving out the native brook trout.

Same with birds. Cardinals were always rare here. Now they are all around my neighborhood. Turkey vultures feel right at home.

Insects too. Black-legged ticks have been migrating up from New England for 20 years, bringing Lyme disease and other tick-borne diseases with them.

When I was diagnosed with Lyme a couple of months ago, the doctor said it was the second case he had seen on his shift that day. (My first bout came from a trip to New Hampshire 16 years ago.)

Even during a cool, wet summer, these changes are part of the biosphere. It’s the new normal. As for the western fires, they have brought smoke all across the continent to Nova Scotia. And the existence of the Gulf Stream itself is now threatened by melting ice caps and other global climate trends.

We humans respond best to threats that we perceive as immediate and direct. Wars and terrorism. Political strife. A pandemic.

Global warming is on the media’s radar, but it’s more of a sideshow. Our concern as a society is nothing compared to the real threat climate change poses to our health, our economy, our quality of life – the biosphere of the whole planet. We are passing this mess on to our children and grandchildren.

In my quiet suburb, I hear engine noise all around. Huge pick-ups, “tuners,” motorcycles, dump trucks, and 18-wheelers. I saw an ad for a pick-up: “Dominate the road.” A lot of that going on.

The lakes and rivers of Nova Scotia that are anywhere near habitation are threatened by development. The quality of the forests is an afterthought. Burning wood for energy is considered “green.” Trees go down to build the sprawl of parking lots and subdivisions.

The destruction is slow, gradual. We hardly see it. But the Global Village is burning. Our children will know.