Home Resonance Time Travel: Part I – The return of 1968 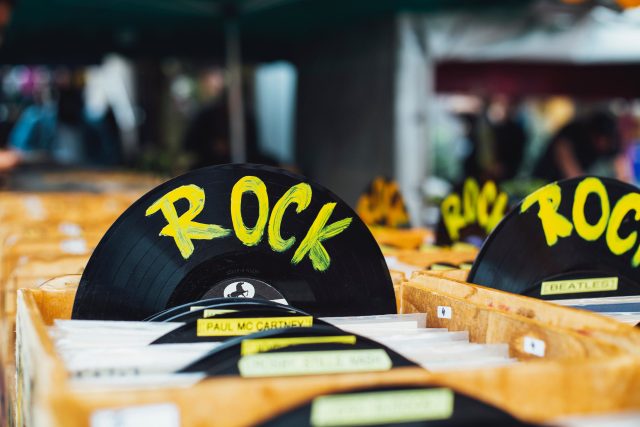 In 1968, the human societies of planet earth were getting closer together, but it was hard to see at the time. The Summer of Love in San Francisco played out against the backdrop of the Vietnam War, B-52s dropping napalm in the endless jungle, while rock music pounded away, electrified European instruments meeting the blues.

Student protests around the globe. Race riots in the US. Republican Richard Nixon elected president. The Vietnam War and Watergate will later bring him down. In Czechoslovakia, the Prague Spring was followed by a crackdown by the USSR and its allies. The move backfired, weakened Communism, and ultimately led to the demise of the Soviet Union. The launch of hypertext prefigured the Internet. History meanders.

Underground drugs like marijuana, LSD, speed, and cocaine were becoming mainstream. The pill emboldened feminism. The peace movement went global. The beat poets begat hippies, the Black Panthers, cops in gas masks on street corners. To the older generations, much of this was chaos. To the younger, it was liberation, freedom.

Canada was on the periphery of all this, but still connected. I was a rebellious student in junior high school in Nova Scotia, so my parents were relieved when I was accepted at St. Paul’s School, an independent school in Concord, NH where I would begin the third form (9th grade) in September. My marks were inconsistent, but I wrote a good entrance essay and had top SSAT scores.

My parents drove me down. We arrived on a warm September afternoon. The school is set among lawns, trees, and ponds on the outskirts of the state’s capital city, pop. 35,000 or so. It is a leading independent school, as they are called, modelled on the English public (private) schools. My parents dropped me and my gear at Simpson House, part of the quad, across the street from the Sheldon Library that overlooks a pond and America’s oldest squash courts. Then they were gone.

A statue of St. Paul looked out beside the “new Chapel,” with its Gothic steeple, stained glass, and booming organ. The “old chapel” was a miniature by comparison, but its organ was still a work of art. There was a schoolhouse, a gym, a library, many dormitories, and an intense academic and sports programs. More buildings have been added in the 50 years since I graduated. Today it costs as much as Harvard, but it has always had a generous scholarship program.

I had a tough time adjusting to that first year, but so did many of us. SPS was a boys’ school, with traditions borrowed from eighteenth century England. There was a short chapel service Monday to Friday, and a long one on Sunday; two years of compulsory Latin; formal meals in the dining hall for supper; jacket and ties most of the time. No long hair, no smoking, no drinking or drugs.

A lot of that was about to change. Robert F. Kennedy, the younger brother of JFK, had been assassinated in June. On November 22, the album The Beatles (the “White Album”) was released. Five years earlier, to the day, President Kennedy was shot. (My family lived in Massachusetts at the time.) I remember listening to that Beatles album on a sixth former’s stereo that fall. “Back in the USSR, boys!” No more Soviet Union, but Putin’s destructive monomania shows that Stalinism is still lurking in the shadows. Trump’s bluster makes Nixon and Watergate seem like a sideshow. Democracy – what is it good for?

The next year St. Paul’s had an exchange program with a girls’ school — and went coed soon after. My sister was part of that first class. Black students were recruited, some from the inner city. Chapel schedules and dress codes were relaxed. Driven to Washington DC by one of the history teachers, I attended the May 1970 protest against the United States invading Cambodia. I was away in France for my graduation in the spring of 1972. By then the school had bobbed and weaved its way, mostly, from the past into the present.

June 2022. Donna and I leave Waverley, NS for the drive to Concord, NH for the 50th reunion of my class of 1972. I have attended a few reunions over the years and feel in tune with friends I met at the school. Still, 50 is a big number. Half a century of modern history. Grandparents and parents gone. About 15 classmates gone too from a class of 100 or so. Donna and I have left the province only once for a few hours since Covid hit more than two years ago.

We headed for a remote peninsula on the coast of Maine to stay for a night with Russell Heath, friend I met at Hampshire College in western Massachusetts, which I attended after St. Paul’s. It is a cool wet day when we cross the border to Maine. I lose my cell coverage. We make many wrong turns. We have lunch at a small restaurant. The evidence of Trump is everywhere. A big sign off the highway: “I voted for trump. The election was stolen.” At lunch we hear (blue collar?) people in the restaurant making fun of Democrats.

In late afternoon we find the village and head down the bumpy road to a lane and then two rough cabins on Russell’s family property where we find him in a shed building a rowboat. He built the shed first. He takes us on a walk through the tall grass and along the rocky beach. It is cool and grey with a light rain and soon our shoes and pant legs are soaked. Russell tells us the story of the thriving lobster fishery in the bay and the rocket launch site that is proposed nearby. There is a new house on the next property – off grid but still large and new. Russell’s family property is under threat by the modern world.

When the boat is finished, he plans to take it on its maiden voyage to Grand Manan Island and back and eventually row around the island of Newfoundland over several summer voyages. This might seem unlikely until you realize he sailed mostly around the world, mostly by himself, in a 25-foot wooden sloop in the early 1980s. Donna and I relish the quiet that is broken only by the soft rhythm of the surf. Later Russell comes over with a wonderful vegetarian meal and a bottle of whiskey that is almost empty. It is the bottle he used to celebrate his engagement three years ago. Covidus interruptus. Now he’s planning to be married in the small rustic church on the peninsula just a couple of weeks from now.

In the night I find a book on the English language by Richard Lederer, who taught at Saint Paul’s School while I was there. I scan a few paragraphs on Shakespeare and Lewis Carroll. There is a quote by Charles Dodgson (Lewis Carroll, author of Alice’s Adventures in Wonderland) about the tension between dictionary English and the creative use of language by writers. The book was inscribed by the author to Russell’s father, a psychologist at Haverford who did pioneering studies in the maturation process across several cultures. In the morning I find a book by Russell’s father on this subject.

In the morning Russell comes over to our cottage and makes a delicious mushroom fritata. As he cooks, I ask him about his sailing trip around the world and his land-based adventures in Africa, the Middle East, and Asia. He recounts harrowing tales about storms at sea; and on land, disease, war zones, and corruption. When Donna asks why he wanted to go to Africa, after answering an ad to help someone drive an old army truck into the heart of the continent, he answers simply, “to see it.”

People like Russell make you realize most of us play it safe for most of our lives, repeating the same tasks, living in the same places, hanging out with the same people, and thinking we are in control of our lives. No, we are just repeating ourselves and hoping that will keep the natural flux of life at bay.

Russell’s life reads like an adventure novel, including years living in Alaska with travels in the wilderness and along the coastline in all seasons, on foot and by boat, alone and in small groups. His career as an environmentalist spanned Washington, DC, Alaska, and Maine. He has written two novels and is now a high-level executive coach, running his business via laptop and telephone. He has this curiosity that all children have but that most of us lose in our teens or 20s, as we try to establish safe, predictable lives.

Russell and I walk down the unpaved lane to the small non-denominational church, half stone, half wood, abutted by a small cemetery dotted with flags in honor of the veterans. A rough wooden cross hides at the back of the cemetery, against the trees. Donna arrives by car and Russell gives us a tour of the church. It is sturdy and well-built, the most basic of structures. There’s a small organ that his mother used to play. A rope descends in the entryway – pull it to mark a service, a ceremony, a milestone — to celebrate a wedding.

At the end of the point, he tells the story of how the land was settled by a black family from the South. It changed hands; a lot was purchased by a farmer who later created a resort that included a casino. Now that is long gone; the land was deeded to government for a wildlife refuge. Except for the scattering of cottage and a few houses, the forest has mostly regrown. Lobster buoys line the bay and the occasional boat patrols offshore. We see Mount Cadillac in the distance.

In his book, Russell’s father’s recounts philosophers and psychologists through the ages who asked basic questions about human life. William James stated that the implicit goal of the maturation process is to get to know yourself accurately as you get older. The simple quote made me realize how much of modern life is just a series of distractions — a quest of superficial goals and experiences where we never really connect in depth with other people, with nature, with the mystery of life.

This reminds me that the many brilliant people I know all have a certain simplicity. Their goals may be complex but deep down they know who they are and where they are going. They are adventurers. They take the ups and downs of life in stride.

With the constant allure of “technology,” we are so often distracted. We work for the software companies now — at work and during our leisure time. Eyes glued to screens, ignoring the people and the world around us. The bigger and more powerful our cars and trucks, the less patience we have. These giant machines just platforms for more software.

It’s a drive-through, push-button world. For now, Russell’s place jutting into the Atlantic is an exception to this rule.

An Errant Circumnavigation: A talk given at the Explorers’ Club.

David Holt is the editor of Silver Magazine.