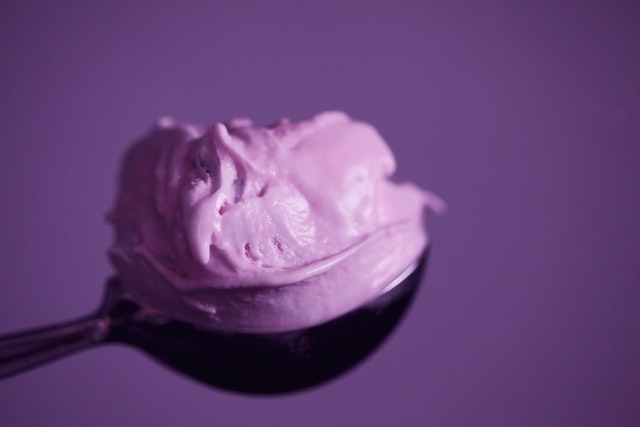 If you think the picture for this article is blackberry ice cream, it’s not! It’s a very old and extremely popular dessert made in the Philippines from Ube, called Ube Halaya. Ube is in the sweet potato family and it’s naturally purple.

Ube is sweeter than it’s orange companion and has a more nutty and vanilla like taste. Sometimes it is confused with Taro, another root vegetable. Ube is often used for sweets and doesn’t hit your glycemic index so it won’t spike your sugars badly.

“Ube is the Tagalog [Filipino dialect] word for tuber that comes for the Dioscorea alata L. plant. The tuber is bright lavender in color,” Richelle Rada, RD, LD, a nutrition coach, says. “In my culture, it is commonly made into a jam called ube halaya, then added to foods like Halo-Halo [a shaved ice dessert].” It’s a perfect addition to a more plant-based diet, in which we know it’s important to have a rainbow of veggies in your meals. And perhaps because of it’s purple colouring, it has been shown to be much higher in antioxidants than its orange cousin. It’s also high in fibre and hey, we all need more fibre right?

If you’re eating a more anti-inflammatory diet, ube is also very good. It’s high in Anthocyanins, which gives it its colour. It’s also high in resistant starch, which is a great prebiotic fibre that is very good for your gut health.

It’s great for baked goods and desserts and even though it’s not super-sweet, it can help replace sugar and that’s always good! Finding them in Canada can be hard so best to try an Asian store and if you’re in a major city like Toronto, Vancouver or Halifax (which has a high Filipino population) maybe look for a Filipino store. It’s a staple of the Filipino diet for desserts especially. This delicious treat is becoming more popular in North America so keep an eye out for it and give it a try!

You might also enjoy this article on how to switch to a plant-based diet.