Home Longevity What can viruses teach us? 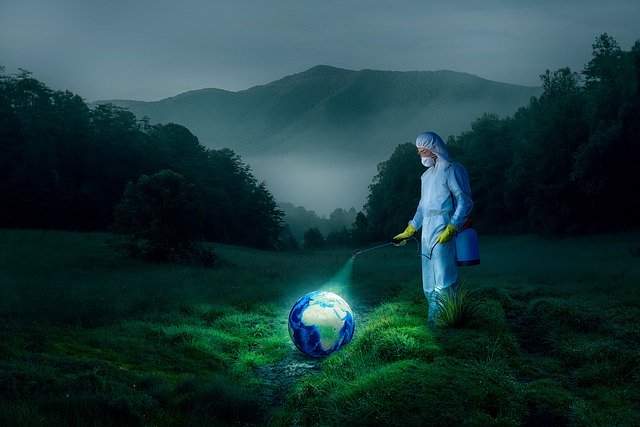 Viruses may be primitive—but they do a lot of experiments and adapt fast. Could we learn a thing or two from them?

The biosphere is a fancy word for the container that contains all the life on Earth. After 4.5 billion years of evolution, it’s unimaginably complex. So far, a total of 1.3 million species have been identified, out of a basket of between 5.3 million to 1 trillion. This extreme range exists partly because the border between life and non-life is not so clear—and so is the definition of species.

We humans lie at the other end of the evolutionary scale. We’re pretty smart, up to a point. Tools have made us apex predators, but physically we’re not that imposing. As the historian Yuval Noah Harari points out, it’s our ability to organize, including our use of language, that has made us so dominant. But only over the last few thousand years, a drop in the evolutionary bucket.

Now we cover the globe. We get around quickly via air, and we spread information and disinformation even faster, via the internet. Our brains, however, still operate like those of our Stone Age ancestors. We prefer numbers of a few hundred at most and we’re terrible at spotting exponential trends. We like stuff we can see, from an ant to a mountain, and timelines of a few days or weeks—years at the outside. Even worse, the less we know about something, the more confident we are about our opinions.

Meanwhile the tiny bacteria feast on the cells of all lifeforms. A few cause disease and infections. But we need bacteria to help digest food and for many other reasons. Estimates of the number of species of single-celled life creatures including bacteria reach into the hundreds of millions.

Much smaller than bacteria ­—and much more numerus —are the viruses. When researchers talk about viruses, they use technical terms like “creepy” and “eerie.” Are viruses a life form? It depends who you ask. Estimates of the numbers of species of virus on earth go on and on; 100 million alone infect one-celled organisms including bacteria.

The viruses that infect humans are the least understood of all. But only about 250 species of viruses choose us as their host—“an insignificant fraction of the virosphere infect humans,” Dr. Edward Holmes of the University of Sydney in Australia told the New York Times.

“It’s as if viruses are smarter than we are they use our resources, sometimes against us,” says one scientist.

Even more embarrassing, virus DNA makes up 5% to 8% of human DNA. We’ve been infiltrated long ago.

Viruses don’t care one way or another about the life forms they infect, and they use a broad array of strategies to infiltrate their hosts. They can evolve fast, which makes it hard to develop a vaccine against the harmful ones. Like some kind of fiendish superbot, they swap their genetic material among species, including bats, birds, pigs, camels and humans.

SARS, Swine flu (a variation H1N1 that caused the Spanish flu), MERS 2012 and Ebola 2014 were all caused by viruses. The latest, SARS-CoV-2 (COVID-19) triggered an outbreak of viral pneumonia in Wuhan, China. Then it hitched a ride on ships and airplanes.

Not my fault syndrome
Now there’s lots of finger pointing. China was slow to react and share information, and they were protected by senior officials at the World Health Organization (WHO). The United States blamed China and threatened to defund the WHO. But the US national response has been even clumsier.

Meanwhile, just like AI churning through Big Data, viruses don’t care. They just keep mutating—and spreading. Maybe we should drop the blame game for a moment and ask some deeper questions. Like what can we learn from them?

Before antibiotics, people died of bacterial infection of all kinds, including from cuts that barely broke the skin. Viruses are a different class of enemy. They perform experiments all the time, mutating randomly and letting natural selection pick the winners. This is a kind of artificial intelligence in reverse. Viruses create the random patterns that AI is programmed to find.

Some researchers looking for a cure to COVID-19 are using this approach. As WIRED magazine reports, British pharmacologist Peter Richardson and his team identified a drug that might help people infected with the virus. It was based on a finding from software developed by his company BenevolentAI: “a kind of search engine on steroids that combines drug industry data with nuggets gleaned from scientific research papers. It identified a rheumatoid arthritis drug that might dampen some of the most severe effects of the new virus.”

AI works by identifying patterns hidden in complex systems. Pathogens are tiny machines that randomly create processes that may—or may not—allow them to spread. It’s become a chess match between massive computer systems and zillions of micro-organisms.

But pathogens don’t feud among themselves. They just do their thing. There’s a message here for politicians. Let the experts lead the way. Sometimes the experts are bots, not humans. We should be fine with that.

The 1%—ALMOST
In total, there are about 1,400 known species of human pathogens.  This includes viruses, bacteria, fungi, and protozoa.  They account for much less than 1% of the total number of microbial species on the planet.

More Insights: Check out this insightful article on the impacts of COVID-19 on the ageing.