Home Longevity Who is the real Jann Arden? 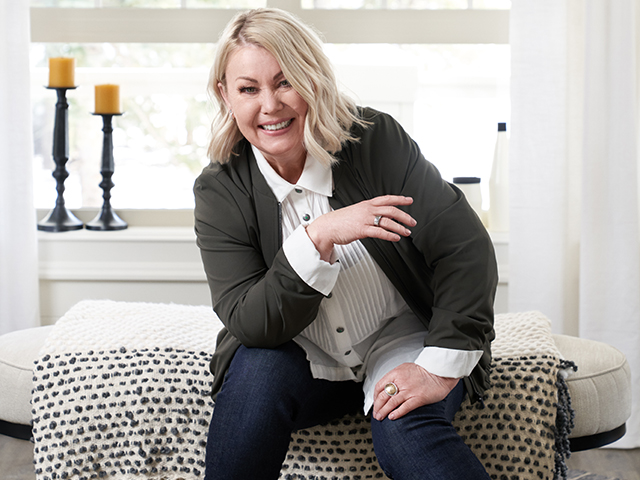 One reason we admire entertainers is that they get to play roles. They put on masks and explore different sides of themselves. Canadian icon Jann Arden has been writing and performing songs for decades. Now she is the co-developer and star of her own CTV series, JANN, loosely based on her own life. “TV Jann,” as she calls this alter ego, is a pampered disorganized diva.

Real Jann lives in the country, but within Calgary city limits. COVID has isolated her from people, but she still writes songs, makes her TV show, and tries to get along with animals. She is passionate about the health of people and the planet. In some ways “TV Jann” is not at all like the “real Jann.” In some ways she is. In the following conversation, Jann gets into the details of both personalities.

GOING OVER YOUR CAREER, THE WORDS THAT POP INTO MY MIND ARE “NO BOUNDARIES,” BECAUSE YOU DO MANY THINGS AND YOU ALSO SAY WHAT PEOPLE THINK BUT DON’T SAY OUT LOUD.

JANN ARDEN: I just like doing a lot of things. It’s about having a purposeful life. I’m not really great at anything. I’m not trying to be humble. I’m a good songwriter. I’m a good singer. I’m a good actor. But I’m not Michael Bublé, I’m not Meryl Streep. Those people are exceptional. I’m not a great writer. I’m a good writer. But that does not keep me from doing things I like to do.

ON THE JANN SHOW YOU’RE ALWAYS SAYING WHAT SOMEBODY WOULD BE THINKING. YOU SAY IT OUT LOUD AND IT’S FUNNY BUT ALSO REAL.

JA: It’s fictitious but I think there’s a part of my character that is much bolder than I would ever be. I think “TV Jann” does not care at all what people think, but that also comes with getting older. My character and I absolutely share that, the damn-the-torpedoes kind of vibe. You can’t be concerned about what other people think because they’re so worried about their own lives and how people are perceiving them. It’s almost laughable.

JA: I don’t see a lot of similarities except that I really don’t care what people think. TV Jann has no concept of the trail of disaster she leaves in her wake and I don’t live my life that way. She’s my alter ego. I’m glad I’m not like her. She could be quite shallow in relationships. I think the physical comedy leads into that likeability factor. People like seeing Jann fall and stumble and trip.

HOW OLD WERE YOU WHEN YOU REALIZED YOU ASPIRED TO HAVE A CREATIVE LIFE?

JA: I wanted to be a schoolteacher. But music just kept picking at me and dragging me back to open mic nights and wedding bands. I think my songwriting is what finally led me to get a record deal. I was turned down for nearly five years. I never thought it was going to happen in a million years. And here I am. I’ve been with Universal for almost 30 years.

CAN CREATIVITY BE A CURSE?

JA: Every human being is creative. That’s human nature. The problem is when you attach the idea of fame or money to creativity, that’s when it gets tangled up because people lose focus of the actual task that’s making them happy. The less you care about money, the more of it you’ll have. I never wanted to be famous. That didn’t hold any value to me whatsoever.

HOW CAN YOU HELP PEOPLE TO FOLLOW A CREATIVE PATH?

JA: You can’t remove obstacles and you can’t even inform their lives. You can’t even point them in a direction. People always think that they can do that with their kids, their grandkids, their friends or colleagues. You cannot. Nobody takes advice. Even when they ask for it, they’re going to do their own thing.

WHAT ARE THE BIG THREATS TO OUR SOCIETY?

JA: I think it’s eating meat, wrecking the planet, using plastic, chopping down forests. We’re in a lot of trouble. Social issues are going to be a moot point because we’re going to be in triage mode. We’re going to be trying to figure out how to find fresh water. People think that’s 1,000 years away and it’s probably 40 years away. And I think we’re going to be dealing with COVID for another 20 years. This thing will be persistent and it’s going to interrupt how we live our lives.

WHEN DID YOU START THINKING ABOUT EATING MEAT IN A PERSONAL WAY?

JA: I haven’t eaten red meat for almost 20 years. And then in the last five years I’ve been completely vegan, for a lot of reasons. People think about climate change and what they can do. You can change your diet. Eating, especially the bigger mammals, beef, grazing animals — they’re taking down the Amazon to graze cattle. They’re not even using the trees. You can grow trees, but you can’t regrow a forest. It’s going to take the earth hundreds of years if not millennia to grow it back. I feel like I’m contributing to a solution with the way I eat. And I’m very vocal about it.

And so I’ve found a balance. I can live my life and have a happy life and still be an advocate the way I want to be. And be a champion for eating plants and “saving the world one bite at a time,” I always say. And I feel amazing.

I live on a piece of land that’s a forest. And I think it’s saved me from a lot of really shitty things. What I look at when I get up in the morning is nothing short of incredible. I’ve worked hard to create this for myself. I will always be the steward of this little piece of land for as long as I live and I’m going to do whatever I can to protect it. I’m in an old-growth Douglas fir forest with bears and herds of deer. I’ve got four skunks living under my deck right now and we all get along. They’re used to my dog.

I think this has allowed me to do my work in a specific way. I’ve never written more. I finished a record this year. Doing all of season three from here while I looked out into the trees. It changes how I perceive myself and how it affects the work that I do. I’m really grateful for this.

JA: It will be out in 2022. I wrote a lot about my ancestors and my dad and a lot of things made it in. I worked with an old colleague of mine, Russell Broom. It really kept me occupied during COVID. It was a godsend.

YOU’VE LOOKED FTER YOUR PARENTS IN THE FINAL STAGES OF THEIR LIVES. IS THAT SOMETHING THAT’S COMING INTO YOUR MUSIC NOW?

JA: For sure. I think about the things I would’ve liked to have asked my dad. He was hard to talk to. I think a lot of kids experience that with their dads, especially growing up in the sixties and the seventies. My dad worked hard and he drank hard and he wanted to be left alone on the weekends. I don’t think he even knew our birthdays.

WHEN YOU ARE SURROUNDED BY TREES, SOMETHING WITHIN YOU SHIFTS. THERE’S INFORMATION THAT GETS OVERWHELMED
BY MODERN LIFE.

JA: And it’s literally taking those few minutes to spend time in trees. I think my trees are very aware when I walk through my little forest and I often picture the roots holding hands underground. One of the loveliest books that I’ve read in the last five years is Richard Powers’s The Overstory. It’s these converging stories about trees and the lives of the people that spend their lives with these trees. I don’t get why people don’t love trees. I love them.

My entire property’s forested. I have 14 acres here and I’m right backed up onto the Elbow River. I walk around with an airhorn tucked in my belt.  There’s cougars. I’ve had a couple of bears that are very persistent. They’re not bothering me. I just have to be mindful. We’re sharing a piece of land.

A star that’s fading and a family in need of help, Jann (Arden) takes her life, career, and relationships into her own hands – but will the same old antics ensue? After months without a manager and letting everything in her life (including paying the power bill) slide, she hires a personal assistant, commits to making a new album from the heart, and after her girlfriend refused her marriage proposal, starts dating someone new…a younger man.

Joining the cast of JANN in leading roles are Canadian actors Tenaj Williams and Charlie Kerr. Williams stars as Trey, Jann’s new personal assistant, while Kerr plays Nate, who finds himself in a love triangle with Jann and her ex-girlfriend Cynthia.

Seasons 1 and 2 of JANN are currently available for streaming on CTV.ca, the CTV app, and Crave, and in the United States on Hulu, in anticipation of the Season 3 premiere.