Home Fitness Achieving and maintaining a healthy bodyweight as you age 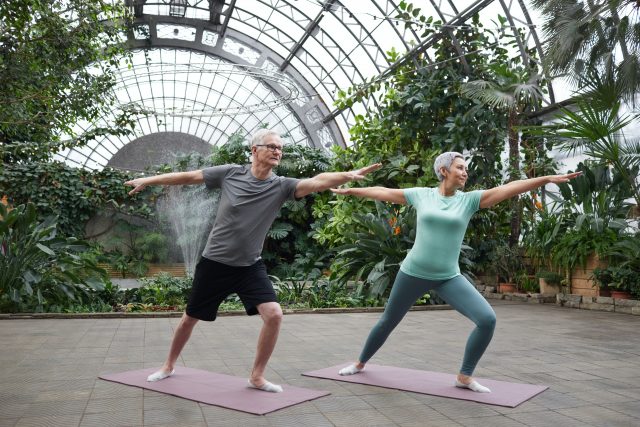 Our metabolism naturally slows with age, right? At least that’s the common notion, which lets us off the hook for the middle-age spread that many people take on, some well before middle age, and beyond.

Well, not so fast. It turns out that lifestyle plays a bigger role than scientists had suspected.

The story is told in “Surprising Findings about Metabolism and Age” by Chika Anekwe, MD, and Fatima Cody Stanford, MD, Harvard Health Publishing.

Metabolism is a fancy word, but its meaning is straightforward: the process by which your body converts what you eat and drink into energy. The calories in food and beverages are combined with oxygen to release the energy the body needs to function.

Even when you’re at rest, your body needs energy for breathing, circulating blood, adjusting hormone levels, and growing and repairing cells. The number of calories your body uses to carry out these basic functions is known as your basal metabolic rate — your metabolism, for short.

According to recent findings published in the journal Science, metabolism reaches its peak much earlier in life and slows down much later than was previously thought.

And now, the details:

The minimum amount of energy needed while you are fasting and at rest is known as the basal metabolic rate, or BMR, which can be calculated based on your height, weight, age, and sex. You can find this by using modern sensors that attach to your wrist, etc. – amazing.

BMR is often referred to as resting metabolic rate, or RMR. Total energy expenditure (TEE) is a combination of BMR, plus energy used for physical activities and energy used to digest food (known as dietary thermogenesis). For sedentary adults, BMR accounts for about 50% to 70% of total energy output, dietary thermogenesis (energy needed to digest food) for 10% to 15%, and physical activity for the remaining 20% to 30%.

The latest study from a large sample of people of all ages around the world “revealed surprising information about the timing of age-related metabolism changes over the lifespan.”

The authors of the study were interested in effects of physical activity and tissue-specific metabolism (the idea that some organs, such as the brain and liver, use more energy than other organs, and constitute a higher percentage of body weight in younger individuals) across the lifespan.

This study challenges previous beliefs that metabolism correlates closely with organ-specific metabolic activity throughout growth and development: that it is very high in infancy, childhood, and adolescence, and progressively declines throughout adulthood and old age.

Instead, the authors observed that BMR was 30% higher than would be expected based on body and organ composition in children 1 to 20 years old, and 20% lower than expected in adults 60 and above.

These deviations support the notion that age-related metabolic changes may play a more important role than we previously gave them credit for. These results also suggest we may no longer be able to blame weight gain in middle age on a slowed metabolism.

What can individuals do to promote weight management throughout life?

While there are individual variations in energy expenditure that may affect a person’s weight trajectory or response to weight management strategies, the study findings do not negate our current understanding of how to maintain a healthy weight throughout life.

Evidence still strongly supports the basics that we have known for a long time.

Maintain an active lifestyle with a goal of at least 150 minutes of physical activity a week, including strength training to increase or maintain lean muscle mass.

Get adequate rest, which for most individuals is seven to eight hours of sleep daily.

Manage stress through mindfulness, meditation, or other relaxing activities.

David Holt is the editor of Silver.

You may also enjoy this article on prediabetes.