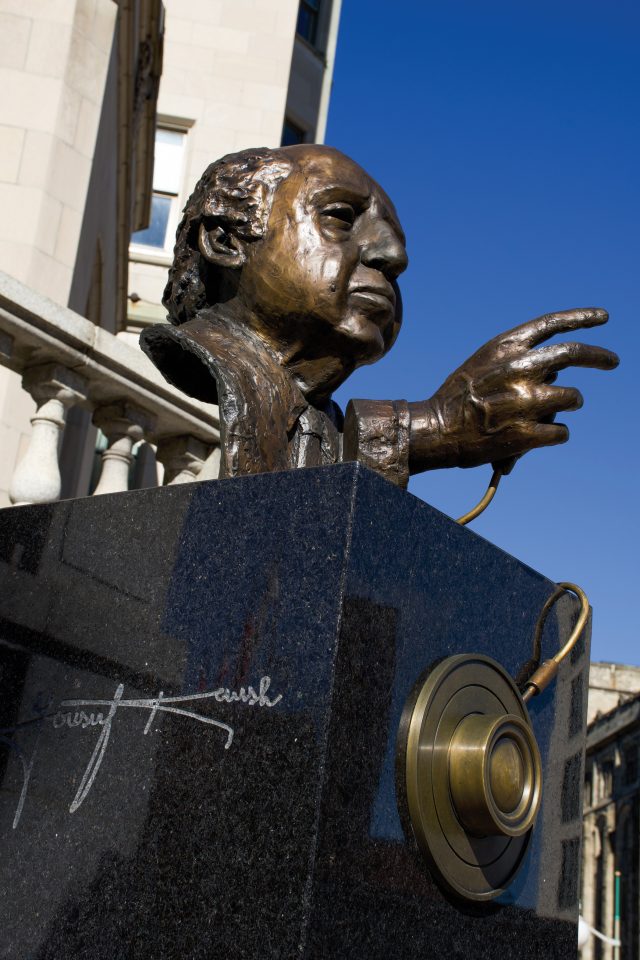 Today we live in yet another era of innocent people caught in the crosshairs. When I see heart-wrenching images of refugees caught between borders or in lands hostile to them, I sometimes despair.

In contrast, some stories show the reverse – how a stranger travels to a strange land and rises to opportunity. These stories show how in essence people are much more similar than they are different. The question: do they get the opportunities needed to move ahead?

The story of Yousuf Karsh is truly inspiring. He came to Canada in 1923, alone, as a 15-year old, fleeing the Armenian genocide. His family had been living as refugees in Aleppo, Syria and sent him to live with a maternal uncle in Canada. He spoke little French, and less English.

As an adult, Karsh never brought up his childhood, which, by any standard, was horrifying. He was four years old at the time of the massacres and remembered them.

As a teenager, he moved to Sherbrooke, Québec and lived with his photographer uncle. He got his hands on a camera, and, unbeknownst to him, a friend in Sherbrooke entered one of his photos in a contest.

Karsh won the contest, and a hefty $50 back in the 1930s. He eventually moved to Boston where he apprenticed with photographer John Garo. There, he was introduced to many of the cultural intelligentsia of the time. When he opened his studio in Ottawa, he soon became involved with the Ottawa Little Theatre, where he used artificial lighting for the first time.

During World War II, as a sign of gratitude to his adopted country, he photographed servicemen without fee so that if something should happen to them, their families would have a remembrance.

It was his friendship with prime minister Mackenzie King that opened doors for Karsh, including the famous, unannounced appointment with Sir Winston Churchill.

In January, 1965 my local newspaper, The Edmonton Journal, published its first-ever colour photo. More accurately, it was a colour reproduction of a painting of Sir Winston Churchill, used to announce the great leader’s death. Such was the impact of the colour image, and its subject, that I have never forgotten it.

Little did I know then, that one of the most famous portraits of the 20th century was the black-and-white image of Churchill as a scowling parliamentarian, known as “The Roaring Lion.” Many Canadians know that the photographer was Yousuf Karsh, but it is not as well known that the image was shot in Ottawa, in the Parliament Buildings.

The 80th anniversary of this classic portrait will take place in December, 2021. Karsh, who was known internationally as “Karsh of Ottawa,” had his studio just down the road on Ottawa’s Sparks Street in the Hardy Arcade.

The story behind the photo is worth telling. Karsh had only a few moments to take his photo in the Speaker’s Chamber behind the House of Commons. It was December, 1941, and Churchill had just delivered his famous “some chicken, some neck” speech about the threat of Nazi Germany.

Boldly, Karsh grabbed Churchill’s cigar away from him, and the resulting displeasure on Churchill’s face created the best-known image of Churchill and one that came to symbolize Great Britain’s resolve against the Nazi menace.

Why the “Roaring Lion”?

Churchill reportedly said that Karsh “can even make a roaring lion stand still to be photographed.”

It would become one of the most widely reproduced pictures in the history of photography.

Karsh eventually moved into the Château Laurier, the huge railway hotel right next to the Parliament Buildings, and lived and worked there for 18 years. A bust of Karsh now graces the corner of the block where the Château Laurier sits. It attracts attention due to its strange configuration – a box camera is used as Karsh’s torso.

Meanwhile, the Château Laurier has just renovated the room that Karsh and his wife, Estrellita, lived in from 1980 until 1998. Yes, they lived in the hotel for those 18 years and used another room on the sixth floor as a studio.

Visitors pay a premium price to stay at this private gallery and hotel suite containing Karsh masterpieces. Estrellita Karsh chose the photographs that the couple donated to the hotel, most of which are in the Karsh suite. Think Ernest Hemmingway, Pablo Picasso, Barbara Ann Scott, and Karen Kain.

Other original, iconic Karsh photographs are on display for all to see in the reading lounge of the hotel off the main lobby. These include portraits of Albert Einstein, Georgia O’Keefe, Stephen Leacock and, of course, the one of Sir Winston Churchill.

It was this genuine interest in the people around him that was one of the keys to his success. As his widow Estrellita Karsh explains, “Mr. Karsh had a way of putting people at ease, it didn’t matter if you were a waitress or a president – he had that talent.”

Some were easier than others. The philosopher-sage Bertrand Russell was surprisingly obliging, considering his reputation for disputation. When Karsh pointed this out, Russell responded, “The best occupation of the crocodile is to wait.”

When he prepared for a shoot, Karsh would spend time the day before getting to know the subject. Later in his career, he was sometimes better known than the subject, so his people skills were put to the test even more.

“When he became famous, he had to spend time bringing the subject to the point where it was an equal distribution of friendship,” said Mrs. Karsh.

And the famous “Roaring Lion” portrait – how did that come about?

Mrs. Karsh deadpans, “That was a gift of history.”

Edmonton-born Bruce Sach is a writer who lives in Ottawa. He is constantly on the lookout for aspects of the capital unknown to most.

The photo that won Karsh first place in the first contest he was ever involved with (a friend submitted the image for him).

The Karsh statue located at the corner of the Chateau Laurier on Wellington in Ottawa. 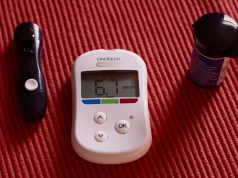