Home Life Keeping your cool in the age of unreason 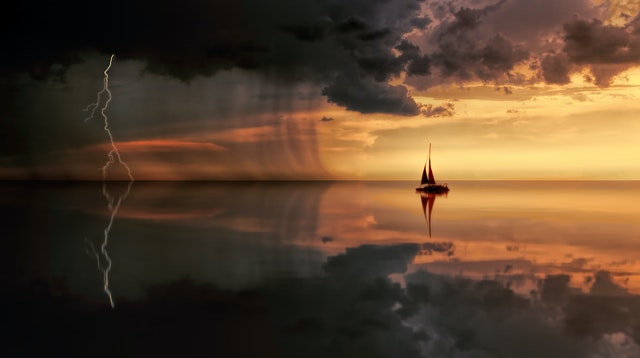 Christoper J. (Chris) Ferguson, a professor of psychology at Stetson University in Florida, is interested in madness, especially among the influential. His latest book is “How Madness Shaped History: An Eccentric Array of Maniacal Rulers, Raving narcissists, and Psychotic visionaries.”

He uses “madness,” loosely defined, to mean personality disorders and other ailments that allow a certain effectiveness, and often ruthlessness, that is not possible for those with major illnesses like untreated schizophrenia, major depression, and bipolar disorder.

These strange people – consider Alexander the Great, Caligula, and Hitler, as extreme examples – sometimes exploit difficult times. They provide simple and simplistic solutions to difficult issues and are often adept at persuasion. Some modern leaders may not be as extreme, or maybe they are still waiting their turn.

For a variety of reasons, these oddballs attract followers. Eventually, chaos ensues and they fall from grace. But in the meantime…

Today, in the West, we are experiencing a pandemic, political polarization, a great divide between the haves and have-nots, and other social pressures. We asked Professor Ferguson to wade in.

SILVER(SL): How do horrible and dramatic moments in history — wars, pandemics, depressions — affect the identities of people for the rest of their lives?

Christopher Ferguson (CF): They can, and of course it depends on how proximate one is to these events. The experiencing of World War II as a holocaust survivor versus as an elementary school child in Canada is quite different. Not to diminish either, of course. Those whose lives are most directly impacted tend to find it becomes more important to their identity.

SL: How does age factor in?

CF: Once again, it can depend. Those in their formative years (teens, early adulthood) may experience the most identity formation around a historical event. Younger children may be a bit too oblivious unless directly impacted, whereas identity is more clearly formed in older adults already.

SL: Do these difficult times make us vulnerable to marketers, politicians, demagogues?

CF: Oh, absolutely. Grifters are aplenty around difficult events.  As people become more anxious or upset, rational thinking tends to decrease and that does, indeed, make people more gullible. Look right now how easily people are taken in by dubious worldviews on both right and left, whether Trumpism or wokism.

SL: Using COVID as an example, how do we reclaim civil discourse and a sense of tolerance?

CF: It’s very difficult. We have to start by making individual decisions to remain civil — and also to forgive ourselves for inevitably being human. Don’t make reciprocity a condition of civility and tolerance.  Remember, “tolerance” doesn’t mean “agree” or “accept.” It’s just not converting opposition into anger or hatred. And don’t “doomscroll” on social media If you’re not having fun, turn it off and do something else!

Checking your phone for an extra two hours every night won’t stop the apocalypse—but it could stop you from being psychologically prepared for it, wrote Angela Watercutter in WIRED magazine. (“Doomscrolling Is Slowly Eroding Your Mental Health,” June 25, 2020.)

Mesfin Bekalu, a research scientist at the Lee Kum Sheung Center for Health and Happiness at Harvard’s T. H. Chan School of Public Health, notes that while a lot of the news is bad, “as humans we have a ‘natural’ tendency to pay more attention to negative news.” This, along with social media algorithms, makes doomscrolling—and its impacts—almost inevitable.

“Since the 1970s, we know of the ‘mean world syndrome’—the belief that the world is a more dangerous place to live in than it actually is—as a result of long-term exposure to violence-related content on television,” Bekalu says.

“So, doomscrolling can lead to the same long-term effects on mental health unless we mount interventions that address users’ behaviors and guide the design of social media platforms in ways that improve mental health and well-being.”