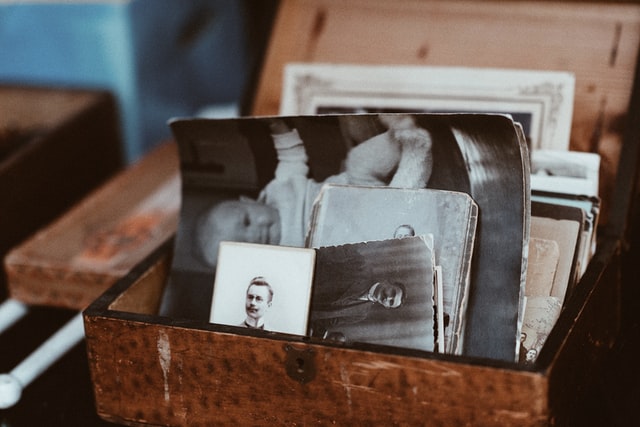 Growing up in Cape Breton, I found the rest of the world remote, strange, frightening. Then I met a man from Hungary who became a friend. The rest of world seemed closer then.

It was only after he was gone that I discovered his last name. He was a European: Hungarian. And it was presumed his last name would be impossible to spell and easy to forget, so people didn’t ask while he was alive.

It was in the mid-fifties. It wasn’t unusual, so soon after the war, for people who were from Europe to be cautious about revealing their last names. A first name was usually enough for most. His first name was John. Or, as we all knew him, Old John.

When we finally discovered his last name, it was just as plain and easy to remember. Suto. He was John Suto.

He showed up in my village as part of a large crew of workers who were building what is now the causeway to Cape Breton from the mainland. Or from Cape Breton to the mainland, depending on perspective.

Before John, I became friends with two construction workers from Quebec. The friendly one was named Camille. A wonderful name, I thought. After John, I met an engineer from South Korea. His name was Tae but everybody called him Ted.

Like John, Ted had an air of mystery around him. He had gone to school in Japan during the Second World War, which in later life I discovered was controversial to people who knew a lot more than I did about the war. But he knew Judo and he taught me Judo tricks and simple Japanese expressions. Which was how we talked about Korea and Japan and wars.

Old John was a caretaker at the construction camp. Workers slept in bunkhouses and ate meals in a cookhouse. I delivered a daily newspaper to the camp. I was quite familiar with the world from the stories in the newspaper. The stories usually made the world seem frightening and unattractive.

However, Old John and the Quebecers and the Korean and dozens of other people I would meet when they were building the causeway made me realize that the world was only scary when everybody in it was a stranger. Friends from the outside world were like friends from anywhere.

When Old John would be cleaning the workers’ rooms, he’d find empty beer bottles and he’d save them for me and I’d return them to a little canteen where I’d collect the deposit. Some days, Old John would ask if I was hungry.

It was hungry work, delivering the newspapers. I’d always say “Yes” and he’d take me to the cookhouse and instruct the cook to “Give my friend a nice big slice of that…,” pointing at a cake or pie or whatever happened to be fresh out of the oven.

He always seemed to be happy, but I sensed that he was lonely. Which came as no surprise. He was from far away. I thought I was his only friend.

Then one day when I walked by and said my usual “Hello,” he didn’t speak to me. He just sat there on the doorstep outside the bunkhouse staring at the ground, hunched over. He was still sitting there when I came out. Never said a boo.

Later that afternoon, someone told me why. John was dead. Had I not seen the rifle at his side?

Perhaps I did. I don’t remember.

I found out that a lot of people knew more about Old John than I did. Complicated things about the revolution in Hungary, things I read about in the newspaper. But I never thought that these events might touch the life of someone close, Old John, my cheerful friend.

Someone saw him at the post office earlier that day. He was reading a letter, just standing there as if he were alone. The postmaster confirmed it seemed like an important letter with foreign stamps and postmarks. Someone noted that his lips were moving, his hand was shaking. And then he was gone.

At Sunday Mass, the priest talked about suicide. We were all shocked. Suicide was never talked about. Suicide was a Mortal Sin. Someone who committed suicide went straight to Hell, no funeral, no burial in the consecrated graveyard.

But this priest saw it differently. He’d been through the world war. A military chaplain. He said a Mortal Sin required premeditation. You had to know what you were doing and you had to know the consequences and do it anyway. Suicide was an act of despair. And that kind of despair eliminates any possibility of premeditation. Basically, you aren’t thinking straight when you shoot yourself.

Many years later, on one of the anniversaries of the completion of the causeway, I had a phone call from an old friend from back in those days. A local guy. There was going to be a little ceremony in the cemetery. Would I like to be there?

“Yes, you would. Wasn’t it yourself who saw him there? We’re fixing up his grave. Giving him a proper stone.”

I went. It was a small, older crowd. A much younger priest.

And I thought about the world I’d come to know since first meeting Old John.

And I realized then what it had been that drew me to him, and him to me.

He was from a distant world. But he was one of us.

Author: Linden MacIntyre, journalist and author, grew up in Cape Breton. His novel, The Bishop’s Man, won the 2009 Scotiabank Giller Prize for fiction. His latest novel, published in August 2021, is The Winter Wives.