MICHAEL J. FOX had it all, or so it seemed. At age 29, the Canadian actor had a resume to die for: A succession of TV and move hits, a shelf of awards, a beautiful wife and loving family at home. One of the perks of fame—the people he wanted to meet wanted to meet him.

Fox was working on the film Doc Hollywood with Woody Harrelson. He woke up after partying the night before. His little finger was twitching. He thought it was a hangover. But it didn’t stop. His life was changing.

‘You may think you are cast in a challenging role, but it’s how you play it that counts.’ – Michael J. Fox

Everything starts with a concept, a vision—a dream. As the Bible says, “In the beginning was the word.” The trick is: Do we allow ourselves to dream? Or do we stay stuck in the version of reality life has given us?

Brad LeBlanc is an ambitious twenty something from Moncton, NB who sides with the dreamers. A couple of years ago he invited me to meet British billionaire Richard Branson. It was the inaugural Atlantic Dream Festival, a conference LeBlanc created that encourages us to think big. Branson used his hefty fee for that event to set up a founda- tion for homeless kids in Canada.

This time Brad was bringing the actor and philanthropist Michael J. Fox to Halifax, NS. As with Branson, this was an unexpected treat for me. A teammate from the Exile Island fundraiser for the Children’s Wish Foundation offered me a ticket an hour before show time.

Connie Podesta was the MC. She is a comedian and life coach from Dallas, TX. “Character is how you act in tough times,” she told the audience. “Michael J. Fox was diagnosed with Parkinson’s disease, but he never lets this diagnosis define who he is as a human being.”

We were near the side of the stage, close to the action. On a monitor to our left
we could see Fox’s face in close-up: His eyes sparkled with passion and intelligence. At the podium his body swayed slightly and he spoke fast, occasionally slurring his words.

He was self-deprecating and very funny—a Hollywood star whose “dreams were re-arranged,” as he puts it, by early-onset Parkinson’s disease.

Fox sketched out his life story. When he was growing up his family moved with his father, who was in the military. He spent his teenage years in Burnaby, BC. He played in a band, failed drama class and eventually landed a role on a CBC show.

His goal was an acting career in Hollywood, but his family didn’t like the odds. “I was an oddball kid raised on an army base, but I had my Irish Nana in my corner,” he said.

Indeed, his grandmother declared that “Michael is going to be famous.” Her words had weight. She had a reputation for predicting the future. During World War II her two sons were pilots in the RCAF. They went missing in combat and were presumed dead. She went into shock. Then one day she felt much better. She had dreamed they had survived. Sure enough, they returned home from POW camps after the war.

This story illustrates Fox’s big theme: “Don’t play the result.” This is an acting dic- tum. It means that even though as an actor he knows where the story is headed, to play a role successfully he needs to keep the audi- ence in the present. “You may think you are cast in a challenging role, but it’s how you play it that counts,” he said.

Fox was determined to go to Hollywood. His father drove him to LA and he found an apartment that was so small he had to wash the dishes in the shower. After playing bit parts on TV he won the role of Alex Keaton on the new show Family Ties. His phone had been disconnected for non-payment so he had to negotiate the initial deal from a pay phone.

Welcome to the Fun House

Fox called Hollywood “the Fun House—a world that is warped and distorted.” With success came celebrity. People he had always wanted to meet suddenly wanted to meet him. He sat with Princess Diana at a showing of Back to the Future in London. She was “smokin’ hot” in a dress that was cut low in the back, but he couldn’t speak to her unless spoken to. When he met Bobby Orr at a celebrity hockey game, he was so nervous he couldn’t speak. He deked around Orr and scored, realizing later that he was the one who had been set up.

Among other projects, the TV series Family Ties and the Back to the Future films had made him wealthy and famous. He met Tracy Pollan on Family Ties. They married in 1988 and had four children. Life was good.

Then came the tremor in that little finger. It wouldn’t go away. His wife sent him to a neurologist in Manhattan who told him he had young-onset Parkinson’s. He didn’t want to believe it. It wasn’t until he saw three other doctors that he accepted the diagnosis.

Fox had brain surgery that mitigated the symptoms for a while. When needed, he takes a powerful drug. Eventually he could no lon- ger mask the symptoms and he told his story to Barbara Walters and People magazine. The word was out. He went into semi-retirement.

Then, on a Parkinson’s chat room he learned how much his story meant to other people with the disease. Seeing an opportunity to make a difference, he started the Michael J. Fox Foundation to raise money for Parkinson’s research. The human body is compli-
cated, he said: “Biology is hard.”

His foundation invests in early-stage research and has researchers share results to speed up drug development. He was an early advocate of stem cell research and helped to emphasize the promise of this technology in the political arena. His foundation has raised $290 million worldwide, and invested $3 million in research in Canada.

Life goes on. Over the last few years he resumed acting and will soon star in a sitcom based loosely on his own life. The networks had a bidding war for the show. He is still a hot property as an actor, but now he is also a spokesperson and major fundraiser for a pernicious disease. There is a lot to Michael J. Fox.

His greatest ally is his wife who treats him “like nothing is different.” This keeps him grounded and helps him to stay on track.

He cited “the chaos of fate” and reminded us “never to play the result.” P.D. is a gift, he said. It has transformed his life so he can be of service to others.

Author: David Holt is the Editor-in-Chief of Silver Magazine’s parent brand, HUM@Nmedia and editor of Silver. He is a prolific writer and avid outdoorsman. 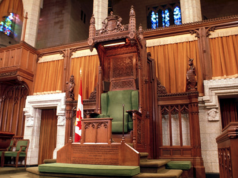 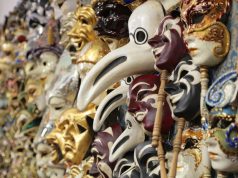 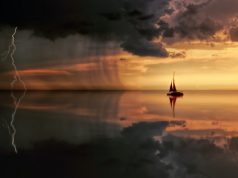 Keeping your cool in the age of unreason