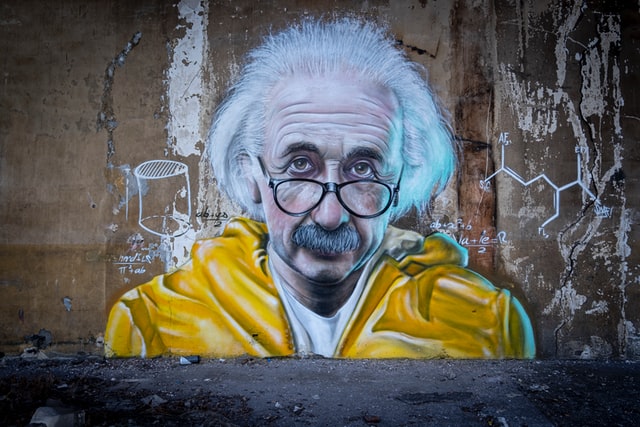 The more we do something, the easier it becomes. In fact, with repetition the brain grows neural pathways. It’s called learning. It also keeps us stuck in our ways.

Consider one of our most basic skills — walking. It was hard to learn as a child. But kids don’t give up. Wobbly at first, after many lunges and falls children learn to walk. It becomes automatic. Eventually they run. They climb.

By the way, I have observed how my two grandchildren Oscar (heading for 4) and Gwen (9 months) perform yoga asanas (poses) to sit and stand up.

We almost always move forward, not backward or sideways. Like most predators, our eyes are in the front of our heads; we have the binocular vision needed to stalk prey. Not only that, but we tend to look at the front of other people, their faces, their eyes. We are not aware of this. It’s so automatic, almost a reflex.

I learned something about this when I was in a session conducted by Arawana Arawashi, a dancer who teaches “embodied presence,” a type of leadership training. We watched someone walk onto a stage and sit in a chair. We were instructed not to watch their face and the front of their body, but rather to look at them as a whole person, even to focus more on the back of their body than the front.

It was difficult. We are so wired to stare at the front of the person, their face, their eyes. It took a while to adjust. Then something strange happened. The impression of this person shifted. Different information flowed in about who they were, their tendencies.

That was the point. Look differently to see differently. Be skeptical of old patterns, old perceptions.

So I am walking backwards down the street. This isn’t right, my brain tells me. It’s not natural. The neighbours might be watching. I slowly adjust. I have done this a few times now, on pavement and on old unpaved roads, on slight inclines and declines. It is starting to feel right.

I expect my knees will benefit. There is science behind this. On the other hand, there are mental benefits. My body feels different as it moves in another direction. My eyes are looking straight ahead as I move backwards. Sometimes I swivel and look behind me, which is really ahead. Some neuroplasticity involved, I’m sure.

To see the world afresh, change your daily patterns. This is a maxim of modern coaches. Take a different route to work – if you still commute in our pandemic world.

Buddhist monks are good at this. One practice is to build a shrine and then take it apart. Don’t get attached.

I am reading a biography of Einstein by Walter Isaacson. The physicist’s early years are so improbable. A Jew in a Catholic school in Munich, he comes to relish his position as an outsider. He questions authority at every turn, infuriating some of his teachers who emphasize rote learning and obedience to authority.

The society is becoming more regimented, even militarized. This is not for Einstein. He renounces his German citizenship. He doesn’t like the militaristic culture and he wants to avoid military service.

He loves the outdoors, sailing, and playing the violin. He is a natural musician who loves Bach and Mozart because he feels their music is an expression of the unity of nature. In cafes he and his friends discuss philosophy and science. He has girlfriends.

Cocky by nature, he alienates many of his teachers at the technical school in Zurich, Switzerland. Afterwards he cannot get a job. Eventually, though the help of a friend, he gets a position as a junior examiner at the patent office in Bern.

This suits Einstein. He plows though a day’s work in two or three hours and his boss allows him to spend the rest of the time doing his famous thought experiments and scribbling equations. In fact, his boss becomes a mentor, encouraging critical thought. Einstein has to visualize the process described by the patent applications, which hones his natural talents.

Some applications for timekeeping devices are based on the speed of light. The old clock near his office becomes the inspiration for one of his most famous thought experiments. Theory of Special Relativity, here we come!

Einstein realizes that had he been offered a junior teaching job he would be required to play the academic game, support his professor, and work on projects that didn’t interest him.

The patent office is perfect. It has little status but Einstein doesn’t care. It allows him to pursue his ideas. It is the setting for seven of the most productive years in the history of science.

All his life, Einstein was proud of his outsider status, his critical attitude, and his lack of respect for authority. Early on in his career he didn’t seem to be going anywhere. To be walking backwards, in fact.

Then in 1905, his miracle year, he published five papers that changed the world. 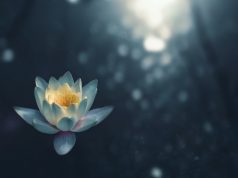 Fascia: What you need to know

The Risks of the Keto Diet

Fascia: What you need to know

The Risks of the Keto Diet