Home Resonance You can’t always get what you want 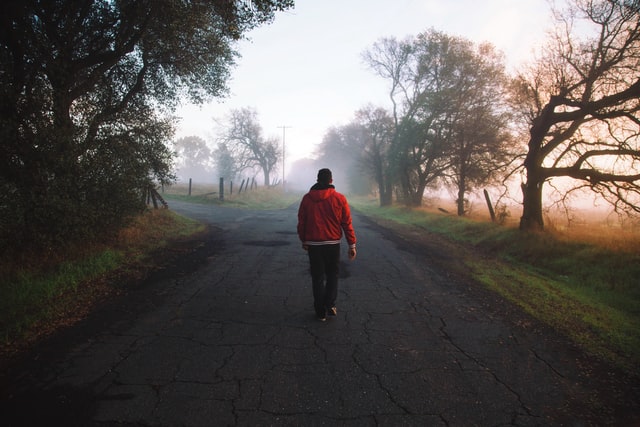 Strange week it was. You know the feeling of being in the zone? It was the opposite of that. This feeling of being off increased as the week went on. It was hard to focus. Communication seemed stilted.

On two of my morning Zoom meditation sessions with India there were major audio problems. This morning there was no audio at all. When the problem was fixed afterwards, the yogi said he gave some of his best instructions ever. So it goes.

On the monthly breakfast Zoom call for our business group several members were absent. The organizer of the session was late. She was still feeling the effects of her vaccine. Still, it was a great theme: legacy. What do you want yours to be? Do you even think about it?

Having lunch on the back deck, I broke a tooth. We found a black-legged tick on one of the cats. One paddle was cancelled at the last minute when a cold wind came up. Using the lawnmower for the first time of the year, I failed to check the oil.

It wasn’t all bad. I got in one paddle and one bike ride. I saw the grandchildren. I had some good calls, two especially with experts in fields I need to know more about. Still, there was an undercurrent to the week. Stop, start, push, pull. One step forward, one back. Mostly.

There were some upsides.

We are going to repeat the breakfast meeting next month. This was a dry run. Legacy is such a powerful theme. Needs time to percolate.

I got a dentist appointment two days later and the dentist made a plan to examine some problematic teeth. When I was in the chair I watched the news on the TV above my head. We don’t have a TV at home. The scroll was obnoxious Putin making clumsy threats. He used dental metaphors. Scary and also funny as hell at that moment. So many of our leaders are like spoiled children. It is never their fault. Their adversaries will pay.

Finding a tick and removing it is far better than not finding it. It is also a warning to be careful of those little beasts that carry Lyme and assorted other diseases. I had one of them years ago.

Here is a big upside.

As life did not flow smoothly, I began to think about decisions and how we make them.

Every question has four possible answers: yes, no, maybe, and, finally, I don’t care – or I have forgotten the question (it doesn’t matter anymore.)

Usually “yes” and “no” are the easiest answers. For now, the situation is clear. “Go” or “no go.”

Same with “I don’t care.” Maybe the question mattered last week or last month, but it doesn’t any more, for whatever reason.

The most intriguing answer, often, is maybe. The needle is leaning one way or the other, but still the answer is not yet clear.

Most difficult question are really about timing. Do we move now, or do we wait. The “yes” or the “no” may be conditional. More clarity is needed. A definite answer may be premature.

I took a leadership course once. It focussed on decision making. Decisions are always about the future. The future is never 100% clear. It turns out that the best decision makers are the most skeptical of their own decisions. They are ready to switch viewpoints if new information shows up. There can be an inverse relationship between confidence and skill.

That is not the same as indecision, of waiting for perfect. This will kill any CEO or military commander.

In the pandemic, the way we make decisions is changing. What seemed important or at least clear before is now in doubt. We are questioning stuff we used to take for granted: our goals, our values, our beliefs, our actions.

This is a good thing.

As the most advanced civilization in history, we have been sleepwalking – our decisions often made on autopilot. Racing along freeways, cutting tropical forests, blasting carbon into the atmosphere, striving for that next promotion or the big payoff, staring compulsively at our phones, lunging from one fad to another.

So many decisions have been made by reflex, as individuals and as groups.

We ignore so many: those in other places and other circumstances; even those closest to us, our families, friends and colleagues.

Sometimes life gives you a whack, forcing you to slow down and take stock.

This is not easy. What do we really want and how do plan to get it? There are many superficial answers. But this is legacy stuff. When we leave this world, what will we have accomplished? If we check out tomorrow, what will we leave behind?

Everywhere we look, the pandemic is putting our old answers in doubt.

Getting it right will take time, both for individuals and groups. Along the way there will be a lot of “maybes.” Easy answers don’t always bear the test of time. The pace of life is slower now. Let’s get it right.

That Stones song comes to mind: You Can’t Always Get What You Want. (“But if you try some time, you just might find, you’ll get what you need.”)

Ronnie Wood of the Stones appeared on a recent cover of SILVER. Since then he revealed he has been treated for lung cancer a second time. So far so good. He quit smoking, drinking, and drugs a few years ago, had twin girls at 68. Not your classical decision maker, but he’s a smart guy.

The cancer forced him to slow down even more. Now he relishes his health, his sobriety, his family and friends, music and art. He released a solo album and he’s painting up a storm, supporting charities along the way.

He’s getting what he needs. Oh, yeah.

Author: David Holt. He is a the Editor-in-Chief for HUM@Nmedia the parent brand for Silver Magazine and editor of Silver. This is his blog for Silver readers.