Home Resonance Addicted to reading? Help is on the way 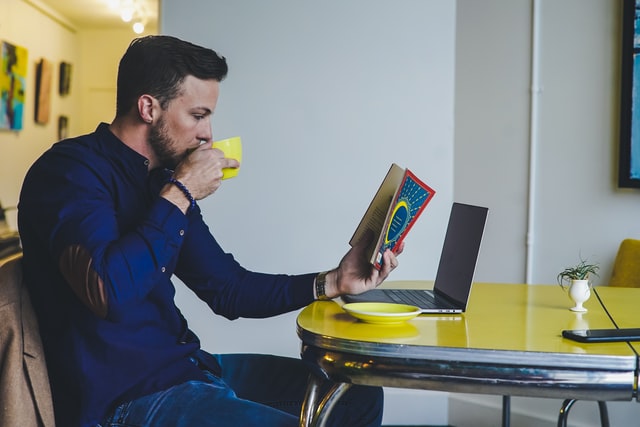 Reading used to be print. Now it’s print and digital. Either way, there are downsides. It entails a lot of sitting – bad for the posture. Staring at pages and pages of type – bad for the eyes. Thinking about stuff you don’t know much about – potentially confusing.

By the way, new-fangled words are taking over. Writing is now “creating content” and reading is “consuming” it. Why use one word when two words will do?

As a kid I would wake up for an hour before breakfast to read. Books from my grandfather’s library were treasured possessions. Stuff like Stories from the Aenead, Swiss Family Robinson, The Horse and His Boy, Treasure Island, Mark Twain. Plus old copies of Boy’s Life magazine and a set of wildlife encyclopedias when I was young.

Not to mention DC and Marvel comics from the store on the way home from school, before they became blockbuster franchises of the cinematic arts.  MAD Magazine started pretty young too. It was brilliant. Ripped apart middle-class pretensions, especially entertainment and conformity in all its guises.

As a teenager, biographies, one of Goethe from my Newfoundland grandfather, Norse sagas from my Norwegian grandfather; anything by Nabokov, Updike, Irving, and Cheever; sci-fi and ZAP Comix. And James Bond. Real novels by a former spy, they inspired the cartoonish films. Sean Connery got big working on the docks, entered a bodybuilding competition and won.

Rolling Stone and Esquire magazines were something in the sixties and seventies. So was Playboy. National Lampoon, a sequel to the Harvard Lampoon, planted the seeds of Saturday Night Live, which is somehow still on today, and even Vanity Fair. SNL, via Lorn Michaels and Second City, has deep Canadian roots. So does Vanity Fair, via Graydon Carter, who helped launch the satirical magazine Spy in Manhattan, pre-VF.

At home, I often had three books placed strategically in different parts of the house: usually a novel, something on history or politics, and a book on science. I would pay my little sister a nickel to get me a banana so I could keep reading without getting up. When I got tired, I would switch couches and books. That’s addiction.

When I was growing up most of my family on both sides were readers. Conversation might be sparse as the people in the room waded through books and magazines. They didn’t always finish their sentences because a new page beckoned. Not good role models,

When not reading, I also walked, swam, canoed, and played sports. I wasn’t lazy. My curious brain just wanted to be fed. Although reading is a great pastime for the lazy. You learn so much without actually going there, doing the work, meeting the people.

At St. Paul’s School in New Hampshire, I nearly lived in the beautiful library overlooking the pond, curled up in a leather chair, reading for pleasure – not studying. My marks would have been better had I stuck to the syllabi. I even mocked friends who I thought studied too much – using yellow highlighters, even.

Where are they now? Mostly retired from Wall Street, high-level programming, and medical research, if you must know. Most of them conquered their addition to reading for pleasure, or at least managed it.

I also don’t finish all the books I start. According to Yuval Noah Harari, the historian and reading addict, this practice is acceptable. There is so much to read and so little time.

I’ve read his books Sapiens, Homo Deus, and 21 Lessons for the 21st Century. His central insights are misleadingly simple, such as those who have the understanding of any time period are those who are living it; and, for the first time in history we all live in one interconnected world.

I keep coming back to Michael Lewis and Walter Isaacson, who are serious with a light touch. Thriller writer Nelson DeMille tackles the dark side of human nature. His protagonists are like Humphrey Bogart on screen, tough guys with style and wit. He also managed to predict the chaos of 9/11.

Right now I am getting back to How to be Animal by Melanie Challenger, an “environmental philosopher” who reminds us that, sorry, we are just as much animals as chimpanzees, whales, and, ahem, lesser creatures as well.

As well as, on the other end of the spectrum, a history of Buddhism, in which I learn that the Buddha sometimes deceived his followers as he sought to transcend their limited understanding. Pettiness really.  One of these stories is relevant to those who do not want to be vaccinated against COVID-19. If you are trying to save an egocentric species like ours, honesty will take you only so far.

And, as I learned in school, religions tend to share origin stories. The Buddhists and the Christians, for example, have a similar parable, variations on the theme of “the prodigal son.”

I also pick up books I have already read and dip into them again. Right now that includes The Rise, a book on creativity by Sarah Lewis. It dwells beautifully on failure, beginning with a story of how hard it is to master the sport of archery, where the smallest imperfection in releasing an arrow can have the most magnified consequences. A great lesson for our somewhat superficial and impatient time.

Histories of science seem to just jump off my shelves for a re-perusal. One lesson is that you wouldn’t want all geniuses over for tea. Isaac Newton, for example, who tried hard, and sometimes successfully, to destroy the reputations of his scientific rivals. Live and let live was never his motto. In fact, as Master of the Mint later in his career he wanted counterfeiters to be hanged as examples to others. There was justification for this, as diluting the coins of the realm was an inflationary gesture with broad economic consequences.

The internet is an endless fount of stuff to read, from the sublime to the ridiculous. Most distressing, perhaps, are the sponsored stories (misleading clickbait) that would not be allowed in any respectable magazine or newspaper. Still, there they are, bought and paid for, a sign that our times are not so enlightened after all.

Not to mention the floods of misinformation and disinformation that inflame our passions and keep us reading, perhaps signing up for conspiracy theories along the way.

Still, there is so much to learn. Reading is one way, although it is not “lived experience.” Yet it has many downsides including bad posture, weak eyesight, and sleepless nights.

There are ways to beat this addiction. Cannabis is “in,” these days. It is bad for the short-term memory, so reading is out, although I do know a few geniuses who read for hours while under the influence.

Exercise, preferably outdoors. Music. Hanging with friends. YouTube is great. I tend to listen with headphones and ignore the video. Audiobooks straddle the line. Then there’s Netflix, an endless source of delight and, I assume, the source of the term “binge watching.”

Facebook. Social media. Google. We are all employed by the software companies now, at home and at work. So much for this argument. I’m going back to my book.

You might also enjoy this article on the art of being patient.

Author: David Holt is the Editor of Silver Magazine and Editor-in-Chief of HUM@Nmedia, the parent brand for Silver and Optimyz magazines. 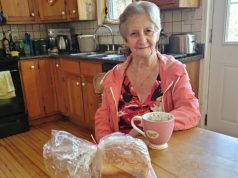 The lost art of knowing your neighbourhood

When the rain comes: Vipassana meditation via Zoom