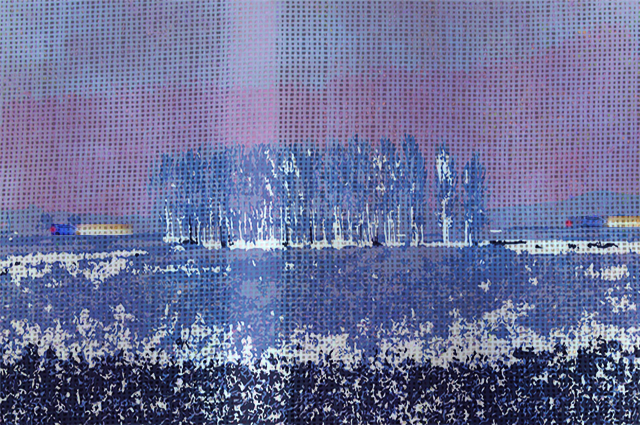 I have so many pretend situations going on you wouldn’t believe it. Documents open on my desktop that say things like Uncle Norm wasn’t Ted’s real father and everybody knew it andPenny liked to say that I saved her life that time when all I did was tell her to go home and When we didn’t have much, Carrie would throw a couple of coffee beans on the stove.

The smoke would coil around the room and I’d catch a whiff and smile at her and she’d pretend not to notice. She’d fry one piece of bacon every day so the kids would wake up and come into the kitchen excited. I don’t think they noticed they only got a third of a piece each. That’s not what was important. It was all about hope, Carrie said. Getting out of bed happy, with expectations.

I worked at Safeway and brought dinner home every night – always cheap and on the cusp of expiration or free and recently expired – and we sat at the table together the five of us, Carrie with the game she made up saying tell me something I don’t know to each kid in turn and that’s how we learned Tommy was back.

Tell me something I don’t know Carrie said and we expected Jolene’s usual funny answer like yellow isn’t actually a colour or the human race started before there was gravity and we were all kind of warming up for a laugh when she said dad’s back.

Carrie was in between bites so it wasn’t so obvious with her but I had to spit my food out and a single beat later we heard a footstep on the porch and then another. All of us looked out the window and you could tell it was him just by the tiniest corner of his shoulder in the jean jacket.

James stood up first, the table jumped and everything rattled, and he said what do we do? almost as if we were still playing the game, almost as if he’d said /tell me something I don’t know.

We get the door Carrie said and I got up with her like I was her shadow and we walked to the door and opened it so there was just the screen between us and him.

You two still together?

They were all his kids. James and Jolene were mine and Tammy, the youngest, was Carrie’s but we didn’t think of them that way. They were just our kids. (This neutrality came easier for Carrie I think. I was a little cheating when I said I felt the same which I mostly did unless James or Jolene were hungry or sick or in need of foot- wear.)

Some of the other documents on my desktop say things like Shirley waited for her father to die before she had anything to do with Kevin and Stacey used to sneak out and go drink with the Royal brothers at the salt docks and Tommy was sentenced to five years for manslaughter after he killed Doctor Shriver driving wrecklessly.

Me and Carrie got together after Tommy went to jail. We lived at Tommy’s dad’s place – well, I suppose it was Tommy’s by then – way out on the west highway where you couldn’t see the house for the trees until the forest went skeleton in the fall but then the snow came and sort of swallowed us up again thank goodness.

It wasn’t easy being Tommy’s ex but double it because me and Carrie were a couple.

Sometimes when the store was busy on a Saturday my line was empty. Don’t you worry, Grace Mr. Yanta said you keep your head up and then he’d bag up some of the broccoli crowns and those big bright sweet peppers and leave them at my station and always little boxes of Smarties sprinkled in the bag, old and pale as ghosts when the kids poured them into their mouths.

Brad Pitt in Thelma and Louise. That was Tommy. But he’d changed.

We let him in and he crouched down and the kids sort of rotated around him like planets, Jolene touching his arm, Tammy feeling his sideburns, James more remote, barely breathing.

And still in the game James said Tyler told me something this morning. Said his dad would kill him if he found out but he told me anyway. Said Dr. Shriver was at his house that night. Came to take the cast off his grandpa’s arm and then they got loaded before Dr. Shriver left and ran over the petunias on his way down the driveway.

Do you want me to tell you something you don’t know?

Five years can leave somebody’s face in a heartbeat.