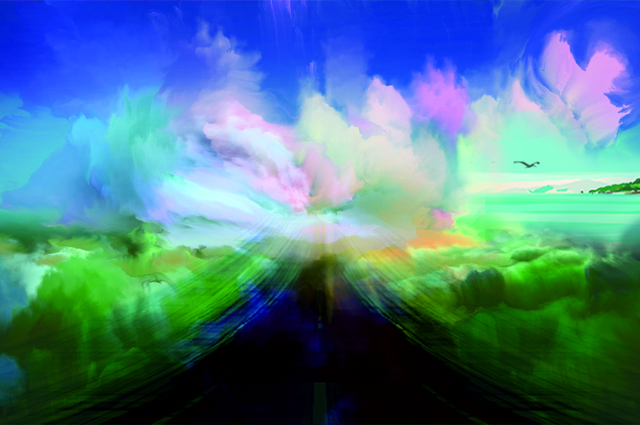 Aunt Trixie borrowed me on Saturdays.

She could have asked for Helen who was prettier, Mary who was nicer, or even Carol who everybody said was a hoot. But she picked me.

You are going out with your Aunt Trixie today June, my mother said that first time, she will pick you up at noon. I couldn’t eat any more. I passed my toast to Carol who dipped its edges in ketchup while I watched not exactly in horror but in something new.

It was only ten after nine.

I tried reading but my eyes kept going through the window. I tried corking but same thing. I took a bath but couldn’t linger. Finally I started dusting and tidying and sweeping and then before I knew it I was washing the floors and then the stairs and the bedrooms and the bathroom and all the glass and mirrors. I took the broom outside and swept the porch, pushing clouds over the edge into a twinkle of sunlight. I stabbed cobwebs in corners and twirled them into homemade versions of outer space with squirming planets, one marble, a peach pit.

The sound of tires on the gravel driveway. You hear the first crack, singular and unmistakable, followed by an orbit of gunshots. I rushed out the door, over the stairs, the toes of my shoes sparking the gravel with each step and I slipped into the passenger’s seat of the white convertible like it was made for me.

My hair left my shoulders as we drove off, toward the coast.

Aunt Trixie looked at me and her red lipsticked mouth smiled. She wore a white dress with red polka-dots. During the ride I memorized her profile. I upped the angle of my chin to match hers, and I pushed pretend smoke into the air with borrowed elegance.

Call me Trixie she said.

Unlike the few times I’d replaced momwith Muriel, Trixie came out fine.What should I call you? she asked and I said Jo because of Doris Day in The Man Who Knew Too Much and she said Doris Day’s Jo? and instead of nodding down I nodded up, and smiled.

We took our shoes off and walked along the beach where I continued to test the buoyancy of my chin. She didn’t ask me any questions and the lineup of replies I’d prepared like ammunition faded and instead we just talked and we sometimes laughed and cried once or twice and I thought maybe she picked me because we were so similar. I was my father’s daughter and she was my father’s sister and we both missed him.

On the way home she noticed my hair blowing in my face and she handed me a cool silk square which I triangled, and tied under my chin exactly like hers.

When she dropped me off, my mother looked at me to see if I was tainted in any way. I lowered the angle of my chin just in case but by the third stair I’d found the right notch again, and I’ve kept it there ever since.

Trixie came for me every Saturday after that and in an unspoken agreement with my mother, in return for her continued compliance in lending me out to Trixie, I left the house sparkling clean behind me.

When I finally realized that Trixie picked me simply because she liked me best it wasn’t a shock or a revelation at all – it just made sense – and that was that.

I like to remember special people in my stories and I have been waiting all my writing life for a character I could call Trixie but my imagination cannot, or will not, find her. Sometimes I get a gust of her but she won’t stay on the page.

What I do to honour her is silly, I know, but I will share it with you anyway. It just might catch on. You never know. Whatever will be will be.

You know the way you call hummingbirds a charm as in a charm of hummingbirds, and lions a pride as in a pride of lions? Well, it started with all the silk scarves – she gave me a new one every time I saw her – and I started calling them a Trixie as in a Trixie of scarves.

Please pass it on.

Discover More: You can read Sherry’s prior story here. 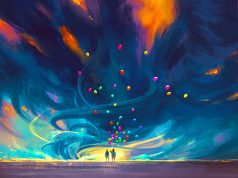 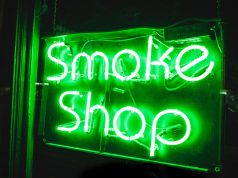 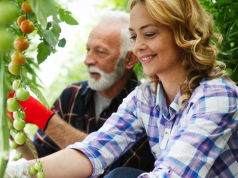