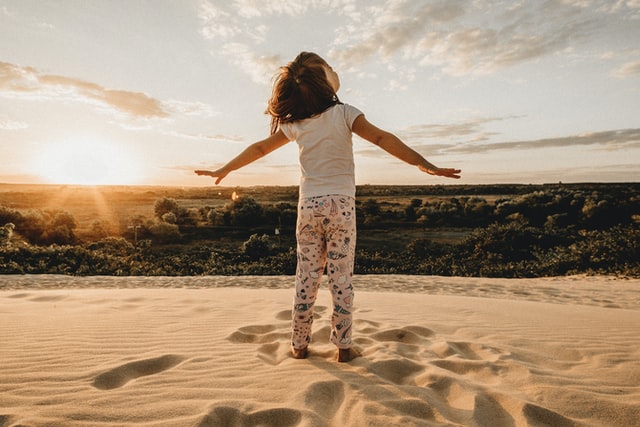 With Sara at a safe house, I was finally able to leave work. It was late at night by the time I got home. My wife was waiting for me, and I told her the whole story. I mentioned that I would be reuniting Sara with her mother late tomorrow afternoon at the Halifax airport. As I talked to Marianne, I realized that there would probably be quite a bit of time before Sara’s mother arrived from Montreal. I then had a flash of brilliance and thought that perhaps bringing my daughter Abbie, who was four years old at the time, might be a good idea.  She could keep Sara company, and Sara would have a little friend her sister’s age to play with. I asked Marianne what she thought, and she immediately said she felt that this would be a splendid idea. Marianne gathered up some toys, colouring books and all kinds of games for them to play with in the car and at the airport. I asked my wife if she would like to come as well. I thought both my daughter and Sara would feel more at ease with a woman around. There was no hesitation from Marianne. She was in. I felt such tremendous love and gratitude for my wife at that moment.

The next day, I picked up Cst. Spriggs at the office, then returned to my house to get my daughter and Marianne before heading out to Stewiacke to pick up Sara. When we arrived at the Stewiacke house, I put the car in park and walked up to the front door. When I knocked, Sara opened the door. I was surprised and gave her a great big smile. She smiled right away and said hi. She already had her coat and boots on, and as we were heading out the door she said, “ Oh, wait a minute.”

She ran back inside the house. I waited on the front porch for her, and when she returned,  she reached up and handed me a note.“Can you give this to my daddy,” she said.

I unfolded the paper and read: I love you, dad. I love you very, very much. I wish that the police will come, but wherever you are, I will love you. Bye Sara.  My heart dropped to the ground, and I have no idea how I didn’t break down. Children are the very essence of our understanding of unconditional love. To betray that is to betray the very core of our humanity. I was in awe of this sweet little angel. Sara hopped into the back seat of our unmarked police car. This was the last leg of the journey before Sara’s reunion with her mother. My daughter Abbie sat in the middle with Sara on one side and Marianne on the other.  Marianne immediately got the girls engaged. Besides being a fantastic mother, Marianne’s experience with kids as a speech pathologist gave her an easy and open rapport with children. In other words, putting children at ease was second nature to her. As I listened to the two little girls chatting away, I was grateful I had thought to bring Abbie and Marianne along.

It should be noted that even though Sara’s mother had been awarded full custody of both of her children back in France, she still had to appear in a Canadian court. Under Canadian law, Mr. Eghbal had the right to make a claim for custody. Thankfully he never made that claim, and it was quickly settled with the signing of a couple of pieces of paper.

As we drove to the airport, there were a few moments when Sara would go quiet and stare out the window at the farm fields and grain silos that passed by. I kept wondering what she was thinking and what she was feeling.  Sara had been on a journey and had seen things she should never have seen and had felt things she should never have felt for a girl so young. My heart ached at the thought of the grievous injustice that she and her mother had suffered.

We soon pulled into the airport and parked in the designated RCMP area. Two RCMP officers from the Halifax Airport detail came over to our vehicle and introduced us to the manager on duty at the Halifax Airport. The woman from the Family and Children’s service was also there. We were escorted through a series of restricted underground corridors to which the general public had no access.

I was holding Sara’s hand as we walked, and the manager explained that we were on our way to the Distinguished Visitors Suite, which was at the very top of the airport. He told Sara that it was a very fancy suite reserved for kings and queens, princes and princesses. Sara smiled. He continued chatting and said the Governor-General of Canada and the Prime Minister were also allowed to go there. Still, he explained that celebrities and movie stars have tried to get in but were never allowed. I squeezed Sara’s hand and told her she must be an extraordinary person, just like a princess.

When we got to the top of the airport, we entered an enormous suite with a large conference table, a massive sofa with matching chairs, a huge bedroom, and a kitchen stocked with food and drinks. The manager later told me that the wallpaper in that suite cost at least a hundred dollars a square foot. It was swanky, alright. While we were waiting for Sara’s mom to arrive, Sara came and sat beside me.

“What’s going to happen to my daddy?” she asked.

I was taken by surprise. The woman from the agency looked over at me. Then very gently, I said, “What happens when you do something wrong?”

“Well, that’s what’s going to happen to your daddy. We have a room that he has to go to. It’s where adults have to go when they have been bad. Your daddy never asked if he could take you, and your mom has been very worried. So, he has to go to that room for a little while to think about what he has done wrong.”

She seemed satisfied with my answer and jumped off the chair and went back to play with Abbie. I have often surprised myself with how I am intuitively able to know the right things to say in challenging situations. Over the years, it has reinforced the certainty that I landed precisely in the right profession. I’m not sure in this life if I chose the RCMP or if it chose me. As we get older and look back at the threads of our lives, we start to see how they weave together, creating roads that we must follow. I was influenced from a very young age, particularly by my brother-in-law Ray Craigg who I’ve mentioned and my brother, Leo, to join a life of service. If I think about it sometimes, it’s as if the RCMP was reaching out to me as a boy, saying, Patrick Guy Roy, this is where you belong.

You can read part 3 of Sara’s story here.