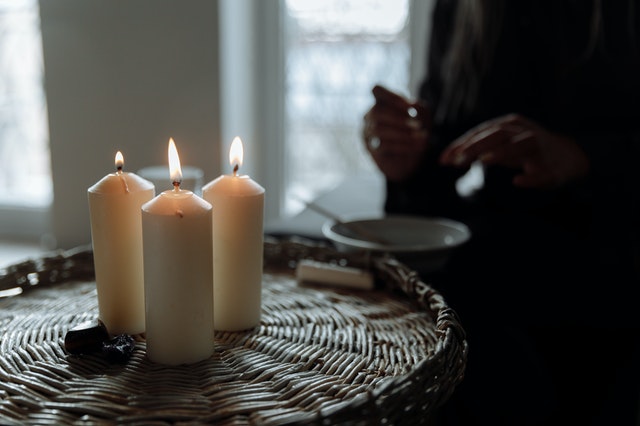 Some people live life so large that no matter how well you know them, you realize this is only a fraction of who they really are. Or were. My friend Brian K. Penney was one of those.

Brian died on June 5, 2021 at home in Halifax, Nova Scotia. The following day would have been his birthday. He was born on D Day, June 6, 1945, near London, England. This is a fitting correspondence, as Brian’s life was full of dramatic twists and turns.

Brian had survived so much I always thought he would live forever. In recent months he had been treated for cancer, but he had survived various heart and lung issues for decades, plus enough stress to kill a regular mortal decades ago. Until his final hours he could be counted on to make a joke, often self-deprecating, during the most difficult circumstances.

He was a physicist, engineer, entrepreneur, executive, and investor. And damn good at all of those. For him, career was high-stakes poker. He loved the game and when the action died down Brian got bored. 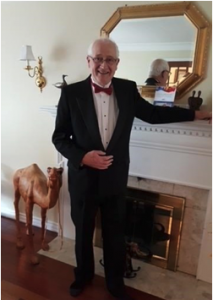 But there was always another company, another investment, another technical challenge. Another social event and another glass of wine.

Brian loved to fly (in fact, he had a commercial license). He loved expensive, temperamental cars, and seemed to accumulate more modest ones as side-deals to larger transactions. He was brilliant at technology, not so much with real estate.

He loved to dress up and go to a formal dinner – often a fundraiser — where he might bid on an expensive bottle of wine. Strange, because, as his friends knew, he preferred the cheap stuff. Still, he was a quiet philanthropist, active in the St. George Society, the Thyroid Society, and the ALS Society, among others.

Brian loved formality but did everything in an informal way. He loved the old Halifax Club. If you met him at a business function there, he would glance up over his glass of wine and radiate the impish smile of an irreverent teenager. As long as Brian was there, it would not be a boring event.

He loved to meet intelligent people. Especially those with a sense of humour. Especially women.

A shy skinny kid who spent a lot of time alone (his parents broke up when he was young and he lived with his father, a jazz pianist who was often gone at night), he was bullied in school.

He later attended Sherrardswood School where he realized his intellect and determination could take him far. He ended up with a doctorate in physics from Imperial College London, one of the top technical universities in the world.

Brian grew up to be tall and strong. He had lightning-fast reflexes, and in his later years delighted in the fact that his sometime personal trainer could never beat him in that hand-slap game.

“Brian had done so many things, but he didn’t embellish,” said his sister Angela, who came from England for his final weeks. “He was a gentle soul with no hidden agenda. He was full of brilliance and kindness.”

He was married twice, most recently to Pamela Gray, an expert in Chinese art. It was Pamela’s idea to move to Canada. He loved his adopted country, especially Nova Scotia where he was recruited to run a new telecommunications research institute.

“We are so blessed in this little corner of the world,” he told me recently. After Pamela’s death from ALS in 2012, he continued to look after her mother Nancy Gray until her death.

In his first career, in London, he was one of the first to use software to analyze the results of experiments in high-energy physics. Later, in Ottawa, he worked as a software architect and manager at Bell Northern Research during the early stages of the first digital switch.

His travels included flying his own plane low over Shea Stadium in New York City soon after 9/11, trips back to England with Pamela, and trips to England and Asia with his companion Bonnie Hutchins. The most unlikely things always seemed to happen — the good and the bad. Brian took them all in stride.

A few months ago I asked him to list some of his favourite accomplishments. “I never sat down to think about it,” he said. This was his final answer.

For one thing, he was usually on the move, not sitting, unless he was doing what he called “work,” which was fiddling with his beloved spreadsheets. Brian was a mathematician to the end.

Brian’s professional character has been summed up by friends as “prospector” and “gladiator.” An expert in the fine art of corporate governance, he was tough but fair. His friends and colleagues argue about how many companies he served, as executive, board member, advisor, or investor. It was more than 70.

Our lives and careers intersected over the years. He invested in OptiMYz/HUM@Nmedia, publisher of wellness magazines, where I am a shareholder.

He was a long-time member of the Trusted Advisors Group (TAG), a business breakfast group that he chaired for the last several years. In meetings he was a ruthless timekeeper (the formal side) and a wise questioner and a caring and astute advisor (the informal side).

Mining was his latest passion. He loved working at Silver Spruce Resources, where he played various roles over the years: including CFO, CEO and chair. Two of his colleagues were at his low-key, pandemic-style funeral. They had tears in their eyes.

It was going around. 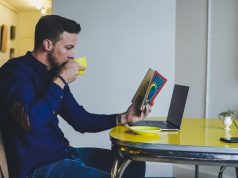 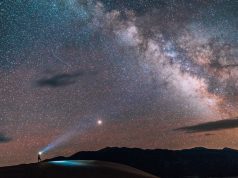 The universe next door 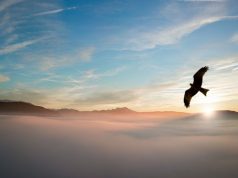 Carpe diem – but keep the future in mind