Home Resonance Lost in the funhouse 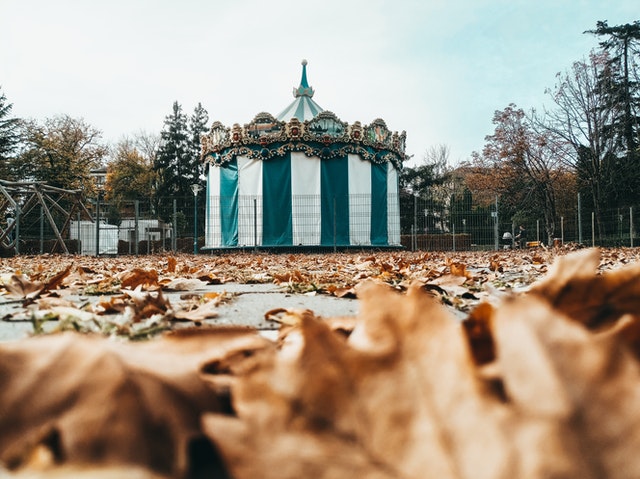 Remember when you were a kid and your parents took you to the local amusement park or the county fair? The merry-go-round, a small Ferris wheel, games of skill and chance, a clown or two, cotton candy and a hot dog? Your eyes lit up. It was a magic world.

In my case, in smalltown Nova Scotia, it was the Bill Lynch Shows and the annual fire department fair. Once there was a small circus on the edge of town, with a modest high wire act and a brief glimpse of a raging black panther confined in a small cage.

When we lived in Massachusetts our family went to Boston to see the Moscow Circus. This was the real thing: acrobats, clowns, bears riding on motorcycles, elephants standing on their forelegs, a lion tamer. We also saw the Ringling Brothers Barnum and Bailey circus.

These circuses are becoming a thing of the past because of animal rights on the one hand and the competition from digital entertainment on the other. Now Covid gives us another reason to stay home. Traditional entertainment like movies, music, and sports have been outcompeted by video games for decades now. With or without Covid, it’s hard to compete with digital entertainment.

When we went to these shows as kids our parents paid the price of admission. For a few hours we lived in our magic kid world, revolving on the Ferris wheel, shooting at targets and bingeing on junk food. The barkers knew their stuff in a tradition that went back to the Circus Maximus, gladiators and all, and well before. Prehistoric ancestors played shadow games on their cave walls and told stories about heroes and gods.

Those fairgrounds were small isolated worlds. We kids had no need to look beyond to the distant adult world of mortgages, electricity, and automobiles. Our parents took out the trash, drove to work, and looked after us.

In the early stages of the Industrial Revolution, humans were in harmony with Nature, more or less. At first cumulative pollution from fossil fuels was relatively light, although urban areas could be far more polluted than they are now. Our human systems were relatively in balance with the biosphere.

But this shifted some time ago. Greenhouse Gases like CO2 and methane from industrial agriculture (cows and the like) have been raising the temperature of the air and water. The polar ice caps are melting and once-stable wind and ocean currents are breaking down at a much faster rate than scientists predicted a few decades ago.

Moreover, there is a lot more environmental degradation going on beyond global warming. The seas are filling with plastics and species are leaking from one degraded ecosystem to the next. Free from traditional constraints like predation, they are wreaking havoc as they go. This is one factor behind the origin and early spread of Covid.

Great forests are being cut down to make lumber and create “biomass energy.” Most alarmingly, the Amazon rainforest is being burned to make room for cattle farms. Within a few years, the nutrients in the thin soils are exhausted, and more tracts of forest are burned to serve our massive appetite for beef. In turn, the animals pump vast amounts of methane into the atmosphere. Amazingly, the Amazon, once a massive carbon sink, is now a net producer of carbon.

Meanwhile, our over-sized vehicles, so high-tech they almost drive themselves, are the status symbols of our time. They consume a lot of gas, produce a lot of CO2, and require a lot of pavement. The ubiquitous Internet is run by power-hungry datacenters.

Even so, the biggest contributor to global warming these days is consumer spending. We are buying more stuff than the recycling depots and landfills can handle, but it’s the energy used to make stuff that is main culprit.

No matter the weird weather and the diminishing forests, the threats of environmental degradation are mostly hidden to modern eyes. We evolved during 300,000 years of scarcity and are wired to accumulate food, tools, and animal skins. In those times threats were immediate and obvious: a snake, a predator in a tree, a food shortage, a neighboring tribe. Life was about addition, not subtraction.

That was then. The age of scarcity has long passed for most societies. We barrel down the highway and shop till we drop. The enemy tribes are people we will never meet who say the wrong thing on social media.

All past empires have declined, and historians and anthropologists have puzzled over the causes. There were usually environmental factors in there somewhere, often droughts, sometimes mini-ice ages, triggered, oddly enough, by warming trends.

From our modern scientific perspective, those people were like squabbling children, sacrificing to their gods, using up resources, blaming everyone but themselves.

They were the kids in the amusement parks, ignorant and strangely innocent in our modern eyes. Future historians, archaeologist, artists, and entertainment moguls – assuming there are survivors — will look back on us in the same way.

Perhaps great entertainment complexes will rise in the deserts or stories will be transmitted directly into our skulls (or both). Dramas will be built on the smoke and the heat, the melt and the rain, the beauty of the icesheets falling into the sea. Plotlines may feature massive arms budgets and the decline of public services, as well as a diminished sense of empathy. It will make for great theatre and new generations of shooter games.

Alien lifeforms may eventually land and excavate. What children they were, these creatures will decide. How dramatic their rise and fall – and what a mess they made. These creatures may scour the hinterland in search of a few specimens back to the lab and a few more to put on display.

Our modern civilization, just a few hundred years old, will be like the relic of an amusement park, its rides in disarray, its technological wonders rusting beneath the trees, or, more likely, poking out through the sand.

Discover More: You can read David’s last article on our dopamine world here.

Resonance is the blog of Silver Magazine editor David Holt. 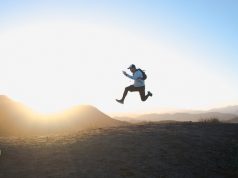 Salt, sugar, fat, and dopamine: addicted to the modern world 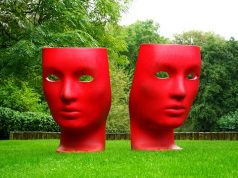 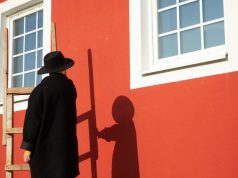