Home Resonance The universe next door 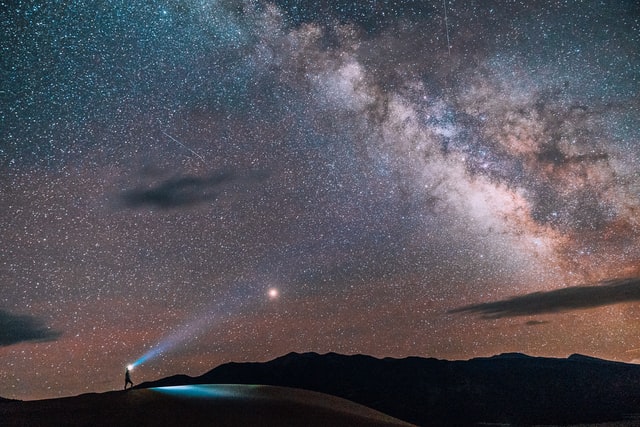 If you know people who are successful over the long haul, you realize they have their own style. At least most of them. They get stuff done, certainly, but they do it in their own way. They have learned to pace themselves and they keep their sense of adventure. Like kids, they stay in touch with their animal selves.

Indeed, humans are animals, much as we would prefer it to be otherwise. We are captive to circadian rhythms. We need to sleep. We need down time. Our minds need to wander. We need to goof off. We are built that way.

This is one of the lessons of the book “How to be Animal” by Melanie Challenger. As the writer explains, over the last few thousand years, and probably well before that, societies have created elaborate myths and philosophies to assure themselves that we transcend our animal natures.

Now in the digital age, we almost worship computers, as if their endless capacity and logical rigour will rescue us from ourselves. Productivity is the new gospel and software provides chapter and verse. At work and at home, we are beholden to a bunch of algorithms run by servers hidden in faraway data centres.

Not that these tools aren’t wonderful, but now we live in our minds – inside a narrow sliver of consciousness – and mistake that narrow path for the big mysterious world. Other animals don’t make that mistake.

Here’s where I am going.

On the weekend, some deeper part of me knew I needed a break. Not just a break but an adventure. Recovering from Lyme disease, my energy level is returning but it is not what it was. Neither is my brain power.

We were at Five Islands, near Parrsboro, Nova Scotia, on the Bay of Fundy. I had a chance to go sea kayaking. The tides range from 30 to 40 feet, which creates a strong current, except at slack tide when the tide is changing.

It’s always a workout, even if you plan the route well enough that you are mostly going with the tide. I knew I would have to pace myself. Start slow, see how it goes.

As I pushed off three kayakers came down the river. After the rain there was a lot of water coming down the falls, they told me. They had small portable kayaks, stayed close to shore. I had a sea kayak, more options.

I went out past the gravel bar where the trailers for the fishing boats were lined up and a few anglers watched their lines. Striped bass is the attraction, as well as just being on the water under the big sky. An eagle flew over my head.

The trick is to go with the tide as much as possible – and to keep track of the wind at the same time. At first I thought I would head for the first river up the bay. Time it right and you are at the head of the river at high tide, then it turns and helps you on the return trip.

It wasn’t that far but I didn’t have much energy. Paddling farther offshore I felt some chop, a few gentle whitecaps – a bit of churn – on my right. Not bad though. I passed a group of anchored fishing boats and thought I would go farther, past Sand Point to the second river, maybe try the same trick but add some distance.

The wind died a bit. I decided to see if I could make the Old Wife, so when the tide turned I could ride the tide rip for a while – feel some adrenaline. I got closer. I could see the rip. The point of Moose Island wasn’t far off on my right. The tide turned and I had to paddle against it. In the shelter of the island there was no wind. The clouds faded. It was sunny and hot.

I was tired. Too close to turn back now. I could see the edge of the rip, like a stream flowing past the silhouette of the dark rock of the Old Wife off the headland of Five Islands Provincial Park.

Then I turned and rode the tide back along the jagged current. There’s that adrenaline rush. I was tired but knew I could ride the tide back to my landing spot, even with the wind was against me. At the end I had to paddle upriver against the tide. I was beat. After hauling out the boat I had a quick swim – more of a stretch. The water is cold. A great way to end the paddle.

Back on shore I was exhausted – in a good way. Some lunch and a rest and I would be fine. More or less. That’s what happened.

My mind was in a different zone. I had needed the adventure. Lyme disease meant I had to be careful, plan carefully, pace myself. Today is my last day on antibiotics. I am feeling better but still the main symptoms come and go — brain fog and lack of energy.

I am in good enough shape that I could manage the paddle. I had to be cautious. Pace myself.

It struck me that the paddle was a metaphor for the good life. We need to perform, get things done, in order to thrive – even to survive. We also need to enjoy the ride; otherwise, what’s the point? We are animals, after all.

In this digital age the Internet is always waiting. Our brains race. There is always another task – and another distraction. Some of the most productive people turn into drones. I hope they are enjoying themselves because they have become boring as hell.

I was kayaking for a couple of hours. It took planning, energy – some improv. It wasn’t easy but it was a blast – stimulating on many levels.

As animals, we humans need to use our bodies as well as our brains. We need that sense of adventure every day. It doesn’t have to take much time. Even a random conversation can take you there.

Call it joy. There are many variations. Life isn’t just a set of tasks. It’s a state of mind. Yeah, we need to get stuff done. We are in it for the long haul. We need to pace ourselves.

But we need the adventure too. In the words of the poet E. E. Cummings, “listen: there’s a hell of a good universe next door; let’s go.”