Home Resonance Wolves and wolverines: Life and death on the trail 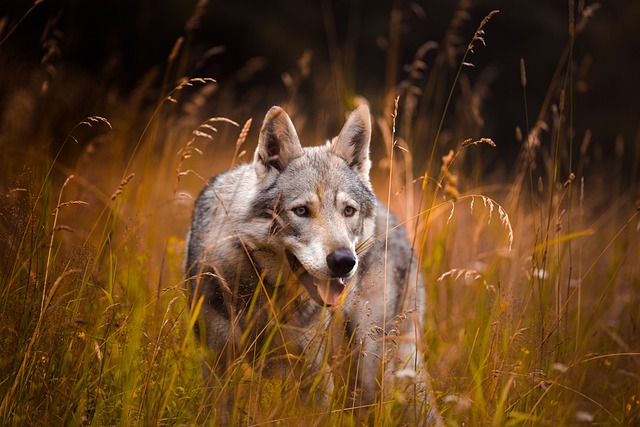 For several days I couldn’t get in touch with my Aunt Carla in Newfoundland to wish her a happy birthday because she was never home. “I don’t know what the fuss is all about,” she said, when I finally got her a couple of days before her birthday. And, yes, she had received the flowers and card arranged by my sister Linda in California and the cookies from my wife Donna and our friend Gladys in St. John’s. Then she was off on another Zoom call.

Carla lived in England when World War II broke out. She is a student of history. She knows life can be unpredictable. Play the odds. She doesn’t have much patience for the anti-vaxers.

On the way out the door, I glance at the book The Premonition by Michael Lewis. It’s about the gang of rogue geniuses, mostly in the US, who had long been preparing for a new pandemic.

The plotline follows a small group of epidemiologists, public health officers, doctors, medical researchers, math guys, and even bureaucrats. Medical detectives, you could say. The ones who see patterns in the noise of data well before the rest of us. Like the quirky officers in the background who get promoted fast when a real war starts.

The central character is Charity Dean. To get her MD she had to leave her fundamentalist farming community in Oregon, and her husband, because women were supposed to get married, have kids, and not have a career of their own.

She was always fascinated by epidemics: where did they come from, what caused them, what can be done to prevent them, or at least minimize the damage. She became a public health officer and discovered that even at the county level she had a lot of power.

This eclectic crowd tracked the pandemics of 1918, 1957, 1968, and 2009. Some were much worse than others. The “Spanish flu” of 1918 took 50 million lives. Some of the public health responses, including vaccines, were much better than others. Still, a lot was learned at every step.

The group was given an informal code name: the Wolverines.

When COVID hit, they moved fast, or tried to, hindered at every step by bureaucrats, politicians, and even scientists whose thinking was far behind. The rapid development of new vaccines was a minor miracle based on two decades of research by a few virology labs – again, a group of independent thinkers.

It was the public health response that was the big mess. It still is. The tiny virus doesn’t care what people think. It has just one special skill – it mutates fast. What people think of it is none of its business.

I put the book down and head outside to the McDonald Sports Park near where I live in Waverley, NS. There is fresh snow. It is cold. I take my old Norwegian skis to the trails behind our house. The snow had been groomed. The wooden skis don’t need any wax under these conditions. At the end of a section of trail along the lake a woman pulls up behind me. We talk, catch our breath.

She had been a public health nurse based in Halifax, she says. She would watch someone die of COVID at midnight, get home at three in the morning, and the next day get up early to train new recruits – remotely – who had been brought on much too late. It was too much. She retired early.

There are enough doctors, but the system doesn’t work, she says, talking about clunky software, intake systems that don’t give patients access to doctors, and way too few people staffing public health. She reminds me of Dr. Charity Dean.

“We’ve been expecting something like this ever since H1N1 and well before,” she says. “It was not a surprise.”

“And before that, smallpox – a minimum of 500 million people died before the vaccine wiped it out,” I say. “And the survivors had that horribly disfigured skin – the pox. I have friends who had polio, but they were lucky and recovered.”

“Don’t forget outbreaks of the Bubonic Plague,” she says. At least 100 million died in the 1300s. The Black Death. The Great Plague of London in 1655.

We’re talking thousands of years without vaccines, without antibiotics, without hygiene – the most important public health measure in history.

People thought bathing could make you sick. They were right in a way – the water was filthy. People bathed a few times a year, shaved their heads to deal with lice, and wore perfumed wigs to hide the smell. Even kings and queens.

Without refrigeration, food spoiled easily. Spices could only do so much.

Until a few generations ago, people died of anything and everything, especially infection. A slight cut could lead to sepsis and you were gone. Mothers died in childbirth. Infant mortality was high. If you survived scarlet fever, for example, you could be left without hearing, or heart damage. In a single summer a wave of diphtheria could wipe out many of the children of an entire village.

Don’t believe me: check out your local graveyard. Life was fragile, often short. Our grandparents knew. Our parents too.

I tell her about The Premonition, which highlights the habitat destruction that allows species to mingle and share viruses, helping the little buggers on their mutation journey. Then global warming allows disease-carrying animals like ticks to expand their range. I know: I had Lyme disease twice.

Then she takes off, sprints up a hill. Skiing back, I meet four older women on modern snowshoes, light and grippy. The ringleader may be in her 80s. We talk about that how the old wooden ones were heavy and dangerous going downhill on a slippery slope.

Moments later I make a bad decision. I point my skis down a hill that has not been groomed. The snow is deep and sticky in places. My skis stop suddenly and I execute an ungraceful face plant. I am unhurt — but shaken. A while later I glance down and notice that one of the leather straps of my old bamboo poles had ripped apart when I fell. Could have broken my wrist. Lucky.

A metal gate blocks the end of the road. A small husky in harness is tied to the gate beside a couple of light modern sleds. The beautiful animal jumps and howls in anticipation of the morning run pulling a sled. It looks wild, like a wolf.

People and more dogs are milling past the gate, near the cars. I figure they wouldn’t have left this animal by itself unless it was well trained. I hope so.

As I pass the gate the animal looks up at me and puts her paws on my forearm. She levers herself up gently and looks right into my soul with those pale blue eyes. I feel transported back to a time before cars, even before wagons, when wolves were domesticated enough to pull sleds but not enough to lose their raw power and love of the cold.

A woman comes over and introduces herself. She is Carolyn Filliter. Her dog is Neshka, a female Siberian husky. “The name means ‘little one’ in Russian,” she says.

This is a meeting of East Coast Mushing. A man comes up with three sled dogs. It’s Richard Collins, the “Mushing Mountie,” he calls himself. I met him last year at the same spot. I say I’d just read a story in the St. Paul’s School alumni news about the daughter of a woman who had won Alaska’s famed Iditarod sled-dog race.

“The woman is Susan Butcher,” a man says.

Susan Butcher won the 1,600 km Iditarod Trail Sled Dog Race four times. Once she used an ax to fend off a marauding moose that killed many of her dogs. She grew up in Massachusetts, became a veterinary technician, and was drawn to Alaska for the wilderness and the sled dog racing. She later died of cancer. She is a legend. All the mushers of the world know her story.

“The daughter lives in her mother’s cabin and is training for a future race,” I say.

“Her daughter’s name is Tekla,” the man says.

Then, after a pause, “the Iditarod starts today.”

That’s what the psychologist Carl Jung called “synchronicity” – a confluence of events that means something to the observer.

On the way home I pull into the village post office just before it closes. I walk out with a young man with a New England Patriots crest on his hat. “I used to live in Massachusetts,” I say. “I’m a Patriots fan.”

“I’m from the Boston area,” he says. “My family moved to New Brunswick when I was young. We always lived in public housing.” That’s code for poor. He fell into a life of crime, he says, got addicted to drugs, did time in prison.

He and his ex-girlfriend helped each other get out of the mess their lives were in. With little education, he worked his way up to become manager of a large warehouse with a national firm and was just offered a bigger job with an international firm. He takes little for granted, I can tell. We’re still standing outside the post office.

He’s been having memory problems lately, he says. It might stem from a fight he was in years ago. He waded into a brawl to help a friend. Both he and his friend were badly beaten. It took him a long time to recover. Talking to him, I am reminded that life is a miracle. It can be hard, but it’s all we’ve got.

“A friend is teaching me to drive a standard,” he says. “I gotta go.”

Resonance is the blog of Silver Magazine editor David Holt.

Image by Šárka Jonášová from Pixabay

When the rain comes: Vipassana meditation via Zoom 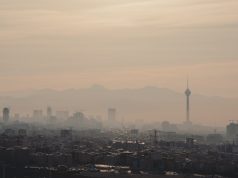 Earth Day: Let’s protect the planet that supports us 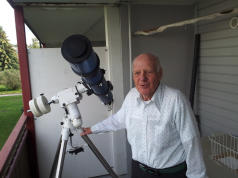 Guide to surviving revolution and war: the life of Theodor Abrahamsen